Gov. Scott Establishes a Proclamation of Inclusion That Welcomes All to Vermont | Off Message

Gov. Scott Establishes a Proclamation of Inclusion That Welcomes All to Vermont 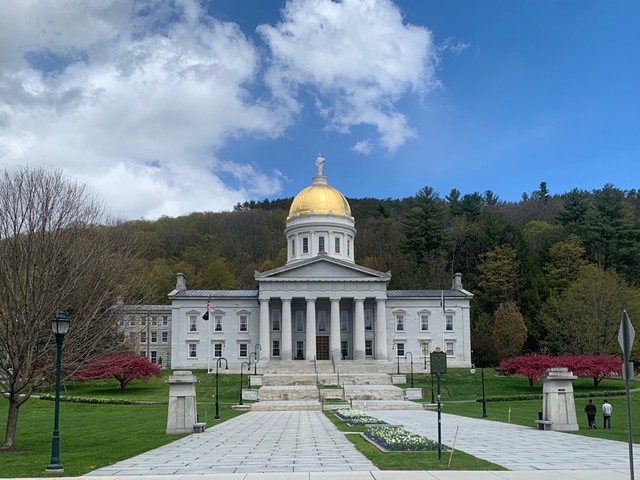 Gov. Phil Scott has established a proclamation of inclusion for the state, answering a call from two Mendon residents who want to encourage more people to move to Vermont.

The proclamation declares that “Vermont seeks to achieve equality and equity and to create a culture in which racial, ethnic and other cultural disparities are openly acknowledged and addressed and where no one person is more likely to experience society’s benefits or burdens than any other person.”

Mendon Residents Seek Statewide Inclusion Statement
By Anne Wallace Allen
Off Message
The effort to get proclamations on the books started with Bob Harnish, who owned the Cortina Inn in Mendon for 30 years, and his friend Al Wakefield, a global executive search consultant who has lived in Vermont since the early 1980s. The two are promoting a declaration that condemns racism and welcomes all, regardless of race, color, religion, national origin, sex, gender identity or expression, age or disability.
Harnish and Wakefield were pleased to learn that Scott had established the declaration. The next goal is to get Burlington on board, said Wakefield. Mayor Miro Weinberger recently pledged to hire more staff for the city’s Office of Racial Equity, Inclusion and Belonging. Wakefield would like to see a proclamation.

Burlington has a director of racial equity, inclusion and belonging, Tyeastia Green. Weinberger spokesperson Samantha Sheehan said Tuesday that the mayor's office has spoken to Wakefield about other towns' declarations, "and we plan to consult with Director Green and her team to discuss the best way to implement a declaration of inclusion here in Burlington."

The state Agency of Natural Resources is looking for a civil rights, diversity, equity, inclusion and environmental justice coordinator.

'I Made a Mistake': Weinberger to Allow Racial Equity Director to Oversee Police Study
By Sasha Goldstein
Off Message
"There is so much of our own history we don't know about," said Wakefield, noting that when he went to high school, in South Carolina, the Civil War occupied just a few pages of his high school history book. "More seems to have been written about slavery in the last 10 years than possibly the last 50."

In the proclamation,  the governor's office said Vermont  is “committed to identifying overt and implicit bias and systemic racism throughout State government systems and functions, and to eliminating racial, ethnic and other cultural disparities that may now exist within State government as one of the state’s largest employers and as a provider of a variety of essential services to the public at large.”

Winooski Hires Yasamin Gordon as City's First Equity Director
By Anne Wallace Allen
Off Message
The proclamation — and a declaration that May 9-15 this year is inclusion week in Vermont — show that being inclusive and welcoming takes continued effort, said Scott in a press release. He noted that the Vermont League of Cities and Towns has created a guide to equity and inclusion for its members.

“The fact is, if we want stronger, more economically secure communities, we need more people and more diversity in Vermont,” Scott said. “I hope this effort sends a message to anyone who wants to live and work in a safe, healthy and welcoming state.”

Wakefield and Harnish hope so, too.

“We would hope he’d propagate the message every opportunity he has,” Wakefield said.
Prev
Next