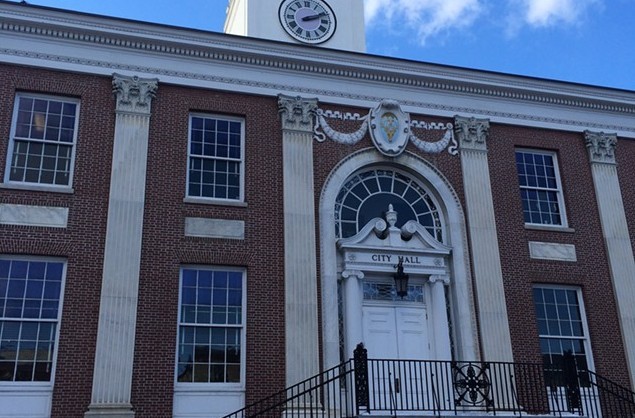 Burlington city councilors will consider giving themselves a pay raise to better compensate for their time-consuming duties.

The council voted Monday night to ask its Charter Change Committee to study an "appropriate level of compensation" for councilors, who are currently paid a $5,000 annual stipend. If a councilor works 12 hours per week — a low estimate, some councilors say — the pay rate amounts to about $8 an hour, or $3.75 less than the state's minimum wage.

"Stepping up into a public-facing, high-exposure, time-consuming position is already not for everyone. But then, not really compensating those that do make it hardly a job for anyone," said Councilor Jane Stromberg (P-Ward 8), who co-sponsored the resolution with councilors Ali Dieng (I-Ward 7) and Jack Hanson (P-East District).

In addition to twice-monthly meetings — which frequently stretch on for three or more hours — councilors also serve on subcommittees, attend Neighborhood Planning Assembly meetings and respond to constituent concerns. The resolution asks the charter committee to consider extending cost of living increases and benefits, such as health insurance, to the elected officials.

Several councilors said that people with lower incomes or who have children often can't run for council because of the high workload and low pay.

"No matter how you slice it, it's an enormous amount of work, and I'm bringing this up because I want systems of government to be reformed," Stromberg said.

Other councilors questioned whether pay is truly a hindrance to public service. Councilor Sarah Carpenter (D-Ward 4) said the body should research other barriers besides pay. Councilor Joan Shannon (D-South District) successfully added an amendment to the resolution that will require the committee to study just that. She said many people have told her they'd never run for council but that pay isn't the "biggest impediment to service for most people."

Dieng balked at this, calling out the "privilege dynamic playing out here." Both Dieng and Hanson said they've had to cut back from full-time work in order to fulfill their council duties. Councilor Zoraya Hightower (P-Ward 1) said she was only able to run for office because she has a well-paying consulting job that allows her to work part-time.

Councilor Chip Mason (D-Ward 5) countered that it would be "very tone deaf" for the council to take up a pay raise debate during the citywide reassessment, which has increased property values by an average of 61 percent. Mason said he's heard from hundreds of constituents whose taxes will go up as a result.

Burlington's Property Reassessment Has Set Record-High Values. What's the Cost to Residents?
By Sasha Goldstein and Courtney Lamdin
City
"Every single one of them has come back, renter or homeowner, saying we cannot continue to sustain this," he said.

Mason, Carpenter and Councilor Mark Barlow (I-North District) voted against the measure, which passed with eight votes. Councilor Perri Freeman (P-Central District), who chairs the Charter Change Committee, was absent. The committee will report back on the issue in September.

Mayor Miro Weinberger, who had proposed a mandatory weatherization program at his 2019 housing summit, cheered the measure's unanimous approval.

"Burlington joins just a handful of cities that require existing buildings to be brought up to modern insulation and air sealing standards," the mayor said in a statement. "This ordinance replaces outdated regulation with new, stringent, enforceable requirements that will dramatically lower tenant utility bills and reduce the fossil fuel emissions in hundreds of Burlington homes over the next few years."

The rules apply to apartment buildings that use more than 90,000 British thermal units, or BTUs, per square foot for space heating. By comparison, new construction that meets state energy standards typically uses 20,000 BTUs, according to Burlington Electric Department staffer Chris Burns. Some older, “leakier” homes can use well over 100,000 BTUs, he said.

Landlords will have until January 1, 2022, to comply with the ordinance, or they could face fines. City staffers will return to the council's Ordinance Committee in 90 days to discuss including rentals that use between 50,000 and 89,000 BTUs per square foot in the ordinance.

Several people spoke in favor of the ordinance during the meeting's public forum.

"This is a really necessary step for us to take in order to reduce Burlington's greenhouse gas emissions in the thermal sector," Ward 1 resident Sophie Aronson said. "I think we really have no time to waste on that front."

The city has been without a designated accountability monitor since last July, when the Vermont Workers' Center elected to leave the post after six years. The center had used a tip line and conducted random payroll checks to enforce the ordinance, which mandates a minimum rate of pay for city employees and people working on a city contract. City staff have been conducting the audits in-house.

Checks, Unchecked? Burlington's Livable Wage Watchdog Steps Down
By Courtney Lamdin
City
City Attorney Eileen Blackwood told councilors that while no other nonprofits have stepped up, the city has heard from "a couple individuals who have done investigations into wage and hour matters" but who don't qualify under the ordinance. Blackwood has suggested allowing for-profit businesses to serve in the role so long as they don't hold other city contracts.

The program would also shift from a complaint-based system to one that relies more on site visits and proactive investigations, Blackwood said. The council's Ordinance Committee will review the language.

Also Monday, the council voted to ask its Parks, Arts and Culture Committee to consider creating a Dog Task Force to address various canine quandaries in the city. New North End residents in particular have taken to social media in recent months to air concerns about off-leash, unlicensed and aggressive dogs. The committee will report back on June 28.


Correction, May 11, 2021: A previous version of this story incorrectly stated the average number of hours of work a city councilor puts in each week.
Prev
Next