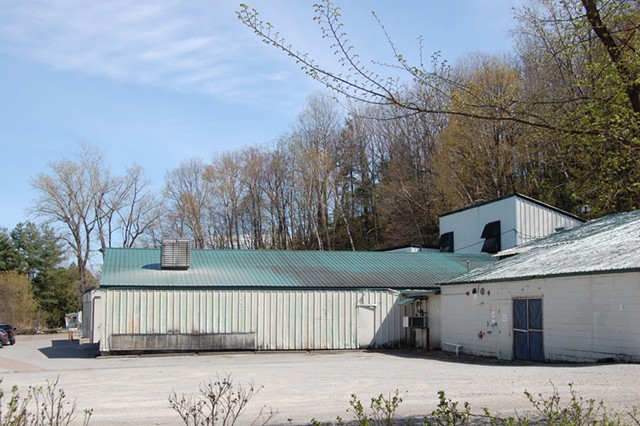 A Massachusetts baking company appears to be interested in filling the void left by Koffee Kup Bakery's sudden closure late last month, receiving approval this week to participate in a state program that promises payments in exchange for job creation.

East Baking Company, which is headquartered in Holyoke, Mass., could receive more than $2 million in grants through the Vermont Employment Growth Incentive program should it create and maintain an unspecified number of jobs in the state.

The company manufactures and distributes bakery products nationwide and is a frequent government contractor, serving a customer list that includes hospitals, schools and federal prisons.

And while it is unclear exactly how its plans involve its now-shuttered competitor, East Baking Company is staking out familiar terrain. Among the scarce details made public about the company's applications is that they involve locations in Burlington and Brattleboro — where Koffee Kup once operated bakeries.

Dan Serra, owner of East Baking Company, declined comment when reached on Friday. So did Megan Sullivan, executive director of the Vermont Economic Progress Council, which oversees the VEGI program, explaining that applications are confidential because they contain proprietary information.

The council went into executive session on Thursday to discuss the applications with an East Baking representative. Council members later unanimously approved the requests, saying in a pair of motions that they had determined the "proposed economic activity would not occur in Vermont — or would occur in a significantly different, less desirable manner" — were it not for the grants. The state tax department will still need to confirm East Baking’s compliance with the terms of the agreement before the payments begin.

Koffee Kup Bakery Closes Without Warning
By Anne Wallace Allen
Off Message
Koffee Kup employed about 500 people in total across its two Vermont bakeries and a third in Connecticut. Its April 26 closure came just weeks after it was purchased by a private-equity firm, American Industrial Acquisition Corporation.

A Vermont-based advisor to that firm wrote to the Vermont Department of Labor late last month that the company had been losing money for years and that its main lender, KeyBank, had declined to float additional cash or extend a forbearance agreement.

The company was in the middle of negotiations that involved KeyBank and potential buyers when it closed, a former company executive told Seven Days last week. The executive asked that his name be withheld over concerns about potential legal action associated with the closure.

Lawsuit Claims Koffee Kup Didn't Give Enough Notice Before Closure
By Derek Brouwer
Off Message
Three days after the closure, KeyBank sued Koffee Kup for breach of contract, writing in court filings that the company still owes $3.2 million on a term loan and $4 million on a revolving credit.

Those agreements, according to the suit, require that the company repay its debt in the event of a change in ownership. A week after learning that most of Koffee Kup's stock had been sold on April 1, KeyBank demanded to be repaid. It is now asking a judge to place Koffee Kup into receivership and has requested compensatory damages.

Koffee Kup's troubles don't end there. It also owes a little over half of the $477,254 loan it received from the Vermont Economic Development Authority. And it faces a federal class-action lawsuit from a former employee who says the company violated federal rules by failing to provide 60-day notice of the mass layoff as required under the Worker Adjustment and Retraining Notification Act, or WARN Act.
Prev
Next