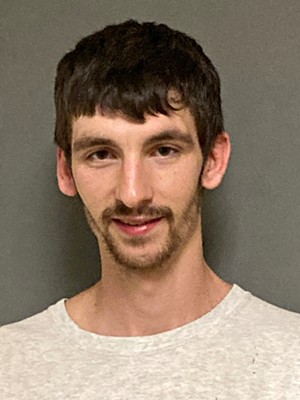 A white man shouted racial slurs as he drove a truck through a yard in Richford and rammed a porch where a Black resident was, that resident told police.

The truck driver, Anthony Mason, 27, was reported to have threatened to kill the resident during the incident, police said in a press release.

He was later arrested at his Richford home. He is expected to be charged with attempted second-degree murder, grossly negligent operation of a motor vehicle and unlawful mischief. The three charges will be filed with a hate-crime enhancement, police said, which can add more time to prison sentences.

Police said 27-year-old Michael Wilson called authorities shortly after 9 a.m. Wednesday to report that Mason, whom he knew, drove over a dirt bike before hitting his porch near him and his dog. Police say Mason caused "considerable" damage to Wilson's dirt bike and yard.

On Wednesday evening, a judge ordered that Mason be held at the Northwest State Correctional Facility for lack of $10,000 bail. He’s scheduled to be arraigned at 1 p.m. Thursday at the Vermont Superior Court in St. Albans.
Prev
Next