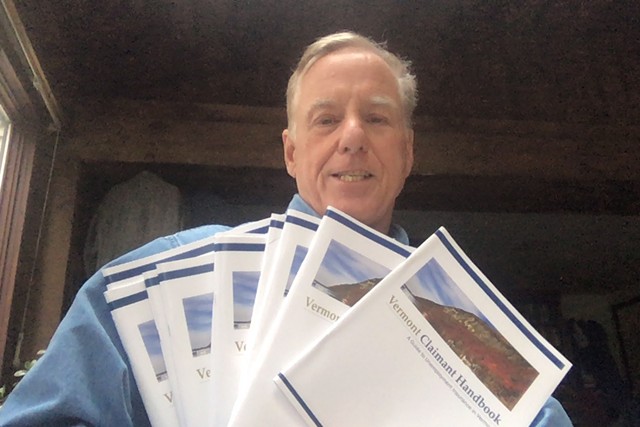 The state Department of Labor doesn’t have a timeline for reopening its online claims filing system, saying that reverting to its old system of taking claims only by phone has dramatically reduced a flood of fraudulent claims.

The department disabled its online application last week after a surge of fraud that started in mid-April. Individuals or groups in the U.S. and internationally have been using people's names, addresses and other personal information to file fraudulent claims, collecting the money through direct deposits.

On Monday, Labor Commissioner Mike Harrington said 2,300 new claims came in April 27, and 1,700 on the following day. After the department disabled its online application, the numbers plummeted to just 159 on Thursday, 154 on Friday, and 30 on Saturday, said Harrington.

“Just removing the venue for fraudsters to be able to use someone’s stolen identity to manipulate our application reduced not only claims by 90 percent, but it also means probably 90 percent of the claims coming in were fraudulent,” Harrington said Monday. “We’re seeing the amount of fraud essentially plummet, but these fraudsters are smart and savvy, and I’m sure they’re already looking at other ways to file claims,” he added.

Widespread Fraud Prompts Vermont to Disable Online Unemployment Claims
By Matthew Roy
Off Message
Harrington estimated that Vermont and other states have each paid out millions in fraudulent claims since the pandemic began. Unemployment fraud picked up around the country last spring as the number of claims filed soared, and as states like Vermont adopted online filing systems. The state is working with federal agencies like the FBI to combat the fraud.

“What we know is it’s being done by national and international crime rings, and it’s a very coordinated effort,” Harrington said.

Unemployment claimants on Facebook have asked if the stolen identities are linked to a mistake the department made earlier this year when it sent out individuals’ Social Security numbers to the wrong recipients. But Harrington said some of the information being used for fraud was stolen 10 or 15 years ago.

People who receive letters or booklets from the department welcoming them to the UI system — and who report this, saying they didn’t file for unemployment — have said the employer listed on their fraudulent application was  years in the past, Harrington said. Former governor Howard Dean, who made no claims, told Seven Days he's gotten multiple booklets by mail.

Unemployment Insurance Fraud Is the Latest Epidemic
By Anne Wallace Allen
Off Message
Harrington cast the closure of the online system as a benefit to filers.

“To be able to do something like this that has such a significant impact on the amount of filing from a staffing perspective is great, because it allows us to spend the time helping and impacting real true unemployed Vermonters who are looking for help,” Harrington said.
Prev
Next