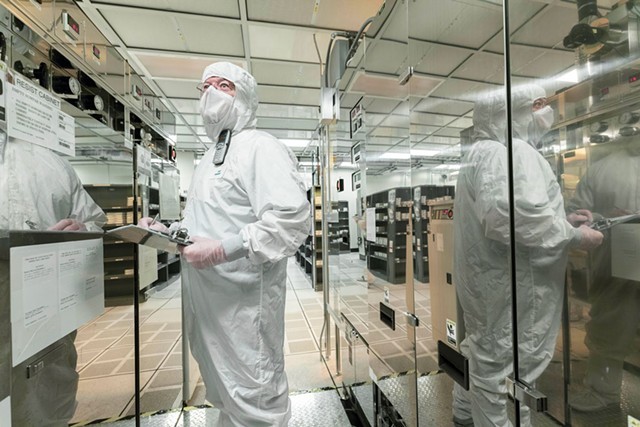 GlobalFoundries, the owner of the former IBM semiconductor plant in Essex Junction and the state’s largest private employer, announced Monday it had  moved its headquarters from Silicon Valley to New York State, where it has two factories.

The shift was hailed by Senate Majority Leader Chuck Schumer (D-N.Y.) at a press conference at the company’s newest fabrication plant in Malta, N.Y, outside Saratoga Springs.

“This is a huge shot in the arm for our Capital Region economy, and it’s a giant step in our goal to enhance Albany’s position as one of the chip fab capitals, not just of America, but of the world,” Schumer said.

The move puts the company's top decision makers just a three-hour drive from the Vermont facility where 2,189 people churn out massive quantities of semiconductor chips for use mostly in the telecommunications industry.

CEO Tom Caulfield is a native New Yorker and was already based in Malta. The plant there, known as Fab 8, is the company’s newest and most advanced, “which makes it the logical choice for our global corporate HQ,” DeRossi told Seven Days. The company’s other New York fab is in East Fishkill. It also has a factory in Germany and six in Singapore.

GlobalFoundries will continue to have a strong presence in California. The shift of senior leadership and administrative functions from the West Coast to Malta have already taken place, DeRossi said.