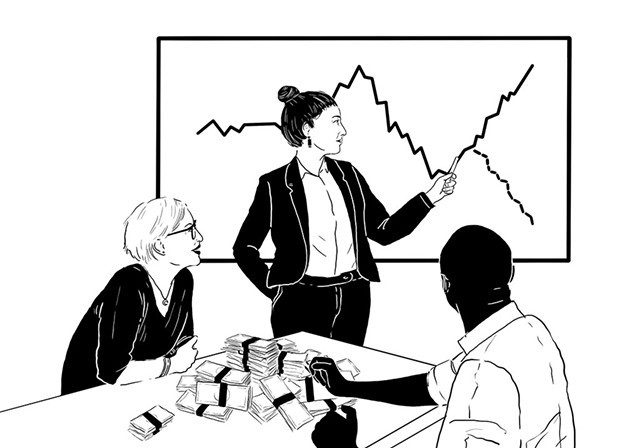 Nearly two weeks after Democratic leaders shelved plans to tackle pension reform this legislative session, plans for a task force charged with tackling the issue this summer are taking shape.

A bill approved Wednesday by the House Government Operations Committee would create a 15-member Pension Design and Funding Task Force to generate ideas for fixing the state’s ailing pension system.

The bill would also add three new members to the existing seven-member committee focused on pension investments, which has come under legislative scrutiny for the investments' poor investment returns.

Taken together, the measures would tweak the pension governance structure this legislative session while putting off until next year the more controversial changes to future benefits and contribution rates for the state’s current 17,300 employees and teachers.

“This has been a very intense process,” Rep. Sarah Copeland Hanzas (D-Bradford) said shortly before the committee’s 9-2 vote. “This bill that we’re working on is one that impacts a lot of neighbors and a lot of our very important community members.”

The makeup of the 15-member task force has also been controversial. Union groups have complained that the balance on the committee is too heavily weighted on the side of management.


“This would doom the task force to the perception that it is stacked unfairly against labor before the work has even begun,” Aimee Towne, the president of the Vermont State Employees’ Association, told the committee.

That critique annoyed Rep. John Gannon (D- Wilmington), who noted he’s been bombarded by complaints about the board.

“I’ve received hundreds of emails in the past two days saying that the balance is somehow wrong,” Gannon said. “But to be honest, I am starting to feel insulted by those comments, because it seems to lump us with management, and potentially, enemies of labor, and I total disagree with that.”

One of those who voted against the bill was Rep. Tanya Vyhovsky (P/D-Essex), who worried the changes were being made too quickly.

"It feels like it sets this up to have people cry that it is unfair, and it is unbalanced and hasn’t fully been vetted," she said.

Rep. Mike McCarthy (D-St. Albans) argued that the committee had gone out of its way to solicit feedback from unions and employees who would be affected. That testimony has helped him understand "why emotions are so high."


"It's because people are talking about their ability to survive with dignity in retirement," he said.