An Interracial Couple Alleged Police Harassment in Bennington. Then the Selectboard Doxxed Them. | Off Message

An Interracial Couple Alleged Police Harassment in Bennington. Then the Selectboard Doxxed Them. 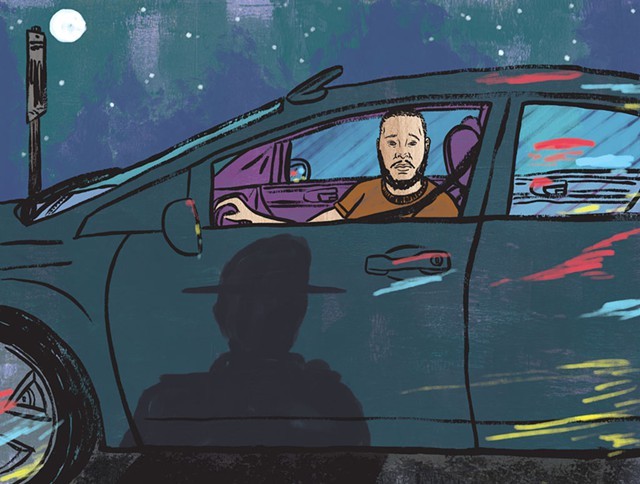 An interracial family says the Bennington Selectboard retaliated against them for filing complaints about police harassment last year by publishing extensive amounts of their personal information and livestreaming bodycam video of the encounters in question.

Cassandra Keating and Joel Fowler contend that the selectboard's decision to reveal their identities without their consent runs afoul of state public records law, which exempts from disclosure information that identifies someone who made allegations of wrongdoing against a public agency.  They've filed a formal complaint against Bennington with the Vermont Human Rights Commission.

They say the town's "unwritten policy" of disclosing the identities of those who complain about police misconduct has a disproportionate affect on people of color, who are stopped by police at unequal rates.

The disclosure was particularly dangerous in the couple's case, they claim, because Bennington officials knew and had previously told Fowler that "unknown individuals may have wanted to harm" his family.

The ACLU of Vermont has taken up their case.

Keating and Fowler moved to Bennington in April 2020 to seek "safety and a new start after being the victims of unknown persons firing a gun at their former home in nearby New York," their complaint states. By summer, once their personal information was publicized, they'd fled Vermont.

"The selectboard literally ran this family out of town," Mia Schultz, president of the Rutland Area Branch NAACP, said at a press conference Wednesday announcing the complaint.

Bennington Police stopped Fowler, who is Black, numerous times during his first several weeks in Vermont; Schultz said he was issued 12 tickets in 22 days.

Documents previously released by the town showed that detectives were aware of a criminal investigation in New York State involving Fowler, as well as his earlier history.

Fowler was exonerated in 2015 after spending more than seven years in prison for a gang-related murder he didn't commit. The City of New York later settled a civil rights lawsuit filed by Fowler for $2.5 million.

In Bennington, a detective talked to Fowler's acquaintances about him and told Keating's landlord to "Google" his name. He was ticketed for parking in a fire lane while unloading laundry at a laundromat and pulled over for a loud exhaust pipe.

On May 27, 2020, Keating submitted a written complaint to the Bennington Police Department alleging eight instances of "racially motivated
targeting, harassment, surveillance, and vilification of her family."

The police department found no wrongdoing by its officers after an investigation that the family says was inadequate.  The town published files from the review last July, immediately after the selectboard voted to uphold the police chief's determination that Keating and Fowler's complaints were "unfounded." The selectboard then played bodycam and cruiser camera video from the incidents during its televised meeting.

Town Manager Stuart Hurd declined to answer any questions related to the complaint.

"HRC complaints are confidential by law," he wrote in an email. "We will comply with the law."

Bennington has been under scrutiny for biased policing. Last year, an outside report found that the Bennington department had a "warrior" culture and that many residents didn't trust its officers.

Bennington Settles Police Racial Profiling Case for $30K
By Derek Brouwer
Off Message
The report, issued just before Keating and Fowler filed their complaints, also recommended that the town create a civilian oversight board for police. The selectboard has been assuming that function, though its members have received no training on how to conduct police accountability, the HRC complaint states.

The couple is asking the HRC to determine whether the selectboard violated the state's anti-discrimination law and whether its policy of publishing complainant information is legal. The ACLU and Rutland Area Branch NAACP called upon the town to immediately change the policy.

"The Bennington Police Department targeted us because Joel is a Black man. Nobody at the town did anything about it," Keating said in a statement provided by the ACLU of Vermont. "It was a really sad situation that we feared the people who were supposed to protect us.”
Prev
Next