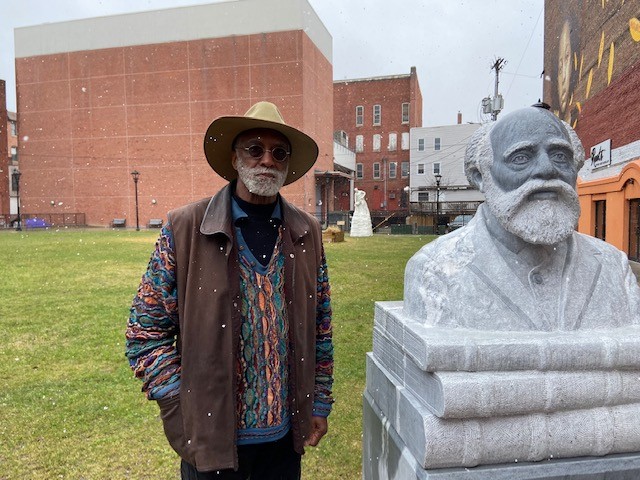 Vermont hotelier Bob Harnish likes a challenge. So when his cousin Dave Bennion, chair of the Franklin Selectboard, told him last year about a declaration of inclusion that Franklin had adopted, Harnish decided to take the idea statewide.

The declaration condemns racism and welcomes all, regardless of race, color, religion, national origin, sex, gender identity or expression, age, or disability.

So far, Pittsford, Brandon, Moretown, Waterbury and Middlebury have joined Franklin in adopting the page-long declaration. Middlebury has taken its declaration further with its own version that calls for staff training and oversight.

Now Harnish and his friend Al Wakefield of Mendon are asking Gov. Phil Scott to adopt the declaration statewide, “letting the world know that we welcome diversity.”

Harnish, who ran the Cortina Inn in Mendon for 30 years, said the declaration is one way for Vermont to turn around its population decline. He noted that people now seen as minorities will be in the majority nationwide in a few years.

“Making Vermont a more inclusive state will help the population grow and will help children to learn to live in a more diverse society,” said Harnish, who asked Wakefield and other African American friends for book recommendations last year after he learned of the Franklin declaration. He read Caste,  White Fragility, How to talk to a Black Man and others. “We have to think about our own biases, which we all have as a society," he said.

“Vermont has many firsts, including being the first state to approve civil unions, and I would like to see us be a leader again,” Harnish said. “I am very empathetic toward people of minority groups that just have such a battle in life every day. Just seeing these Asian people being knocked down, it’s just absolutely disgusting.”

The effort in Franklin got its start after one of the selectboard members visited family in Maine a year ago and returned with details of a local town’s inclusivity statement, said Bennion. The selectboard adopted it a few months later.

“With what was going on all over the country, we decided to be proactive and make a statement before it became an issue,” said Bennion. He added that while Franklin does have some Spanish-speaking and LGBT denizens, it doesn’t have a lot of Black residents. But “Franklin does tend to be pretty open as a small town,” he said.

On March 30, the Barre City Council adopted a resolution condemning hate crimes against Asian Americans and Pacific Islanders, saying the panel "condemns all manifestations of expressions of racism, xenophobia, discrimination, scapegoating, and ethnic or religious intolerance against any of its residents by any Barre City employee or agent thereof."

Burlington, Community Organizations Declare Racism a Public Health Emergency
By Courtney Lamdin
Off Message
The Vermont League of Cities and Towns plans to post a guidebook on its website to help towns discuss declarations of inclusion. The VLCT said several towns including Putney, Hartford and Burlington have created equity committees or the position of equity director to address the issue.

Wakefield and Harnish wrote to Scott in late March, noting that the governor had recently called for more refugee resettlement in Vermont.

“We Vermonters must be seen as more welcoming if people are to come to our State, to stay and to flourish,” they said in their letter. “We must repeat our words of welcome in all the official ways we communicate and we must convince those folks we are attempting to attract that we will provide for their safety and security once they are here.”

Scott's office did not immediately answer a query Monday about the  message from Harnish and Wakefield.

Wakefield owned a restaurant in Rutland in the 1980s and is now retired after running an executive search firm. The document he drafted with Harnish says that Vermont has a reputation as the whitest state in the country, and has systemic racism in its history and in its present practices.

“I would love to have the State of Vermont say, ‘This is who we are. We welcome you,’” said Wakefield. “‘Bring your talents, bring your families.’”
Prev
Next