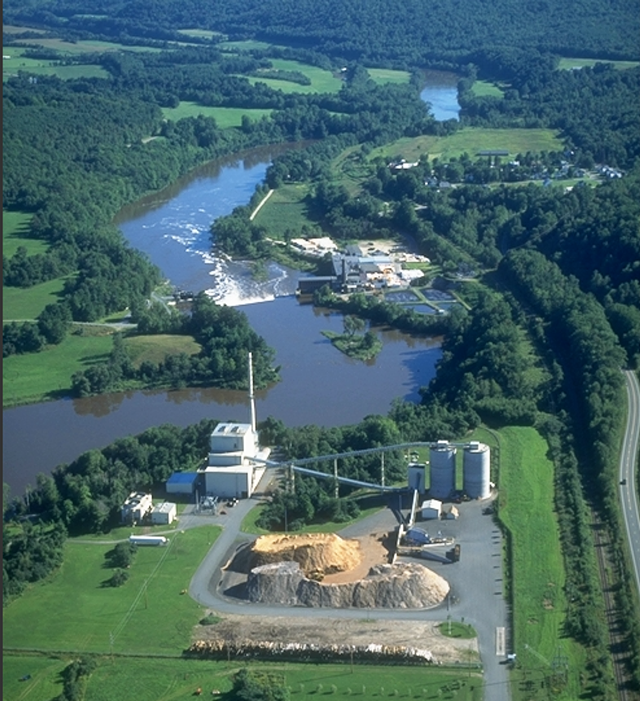 Vermont lawmakers are throwing a two-year lifeline to an aging wood-fired power plant to give its new owner time to make the facility more efficient.

The state Senate voted unanimously Wednesday to require state utilities to continue purchasing power from the 30-year-old Ryegate plant through 2024.

That’s far less than the 10-year power deal that the plant’s owner, Stored Solar, and some lawmakers had been hoping for. The current power contract is up in 2022.

The 20-megawatt facility burns 250,000 tons of wood chips per year from trees in Vermont and New Hampshire forests. The $7 million the plant spends, usually on trees that can’t be turned into higher value products like lumber, is viewed as vital to the rural economy and economic viability of region’s forests.

Sen. Jane Kitchel (D-Caledonia), in whose district the plant is located, sponsored the original bill seeking the decade extension. She said she was “obviously disappointed with the shorter timeframe.”

Sen. Mark MacDonald (D-Orange) explained the plant was built 30 year ago as an experiment in renewable electricity, but that it is inefficient and — even after pollution reduction upgrades a decade ago — dirty when compared to other energy sources.

“The plant is no longer competitive,” MacDonald said. “If we were going to buy base power, we would buy it from other sources.”

The plant — which burns chips to make steam that spins turbines to generate electricity — operates at 23 percent efficiency. By comparison, biomass plants like Montpelier's that create heat can operate at 70 percent efficiency, he said.

New Hampshire has stopped subsidizing its biomass electricity plants for similar reasons. Those plants' subsequent closures and the destruction last year of a large wood pulp plant in Maine have reduced the markets for wood chips and created a surplus.

This means loggers and foresters from New Hampshire would like try to sell their chips to Ryegate. Senators had difficulty having Vermont subsidize other states’ wood products industries, MacDonald said.

The extension would give the owners time to explore ideas for capturing and using the waste heat the plant produces.

If the owners can’t, McDonald said, it would be up to future lawmakers to decide whether to grant an extension anyway. The state pays about $5 million more for Ryegate’s power than it would from non-renewable sources, according to the Department of Public Service.

If that subsidy went away, lawmakers have expressed concern that the plant would close and yet another market for the wood would dry up.

To prepare for that possibility, the bill calls for the state to prepare by March 1, 2022 “a contingency plan to address how to reduce the economic impacts that may occur if the ... power plant closes.”
Prev
Next