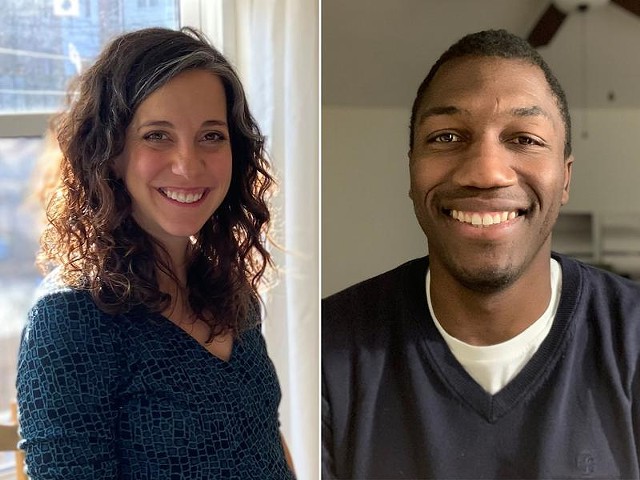 Connor Cyrus and Mikaela Lefrak will become cohosts and senior producers of the popular news program, the Colchester-based station said.

Cyrus is a morning reporter at WJAR-TV in Providence, R.I. A graduate of Lyndon State College, he previously worked at WCAX Channel 3 and radio stations in Plattsburgh, N.Y., and Presque Isle, Maine.

“One of the reasons I became a journalist was for opportunities like this one: the chance to make a difference and guide the conversations on the important topics in Vermont," Cyrus said in a statement. "And I’m thrilled to be returning to Vermont for everything the state has to offer.”

Lefrak is a reporter and host at WAMU, the NPR station for the Washington, D.C. region. She hosts "What's With Washington," a podcast exploring the quirks and mysteries of the D.C. region, and "51st," a podcast miniseries about D.C.'s fight for representation, according to VPR.

Prior to WAMU, Lefrak was an editor at the New Republic, where she produced politics and culture podcasts. She is a Middlebury College graduate, and has a master’s degree in broadcast journalism from Boston University.

“It's hard to put into words how thrilled I am to be joining the talented team at VPR,” Lefrak said in a statement.

"As someone who loves local news, public radio and Vermont in equal measure, co-hosting 'Vermont Edition' is a truly dream gig. I’ve long admired VPR as a leader in local journalism and audio storytelling and I look forward to laying down roots and amplifying the voices of Vermonters.”

Lindholm is stepping down after 14 years as the host of "Vermont Edition" to focus on VPR’s "But Why? A Podcast for Curious Kids" and special news projects. Her final "Vermont Edition" show is on March 25. Cyrus and Lefrak will begin hosting this summer. The station said it is developing an interim plan for spring and early summer.


"I'm really, really excited for this change," Lindholm told Seven Days. "I want to listen to a refresh, and I think these two hosts are going to be so good."
Prev
Next