Sirotkin Criticizes Grant Program — to a Larger Audience Than He Intended 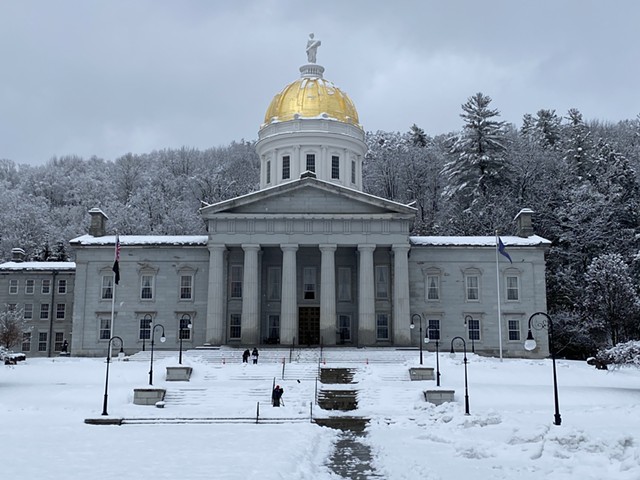 Many have made the mistake, and on Monday, Sen. Michael Sirotkin (D-Chittenden) did: Whipping off a quick critique of some work his colleagues had completed in the House, the senator accidentally hit “reply all," sending his plainspoken rebuke to some of those House colleagues.

“Doug, having a real problem with what [House] Commerce proposed,” wrote Sirotkin, the chair of the Senate Committee on Economic Development, Housing and General Affairs, to state Auditor Doug Hoffer. Earlier that day, Hoffer had issued a memo to lawmakers about a proposed $10 million Gap Recovery Grants program. The program is part of a larger coronavirus relief measure that was first proposed by the Scott administration as part of the Budget Adjustment Act.

Hoffer noted that there’s no way for the state to recoup grant money if a business is later determined to have been ineligible.

Sirotkin told Hoffer — and, inadvertently,  an array of lawmakers who had put together guidelines for how the money would be allocated — that he would like to add criteria for eligibility and for the amount of the grants. They’re now capped at $150,000.

“I thought maybe of reduction in force," he wrote, "but what about businesses that struggled and kept people on. Talk about a loose $10m!!”

“Also where did the $10m figure even come from,” he added.

Sirotkin explained that the email hadn’t been intended for all the recipients, who included the chairs of the House Appropriations and Commerce committees, state Economic Development Commissioner Joan Goldstein, and a few others.

“Sadly, we all at some point make these email mistakes,” Sirotkin wrote. “At least you know my concerns, however rough around the edges. My goal has been and continues to be best targeting of these substantial funds.”

He signed the email, “Embarrassingly yours.”

The $10 million in question is intended for the unknown number of Vermont business owners who received no state or federal grant funding during 2020. The state paid out about $340 million in federal coronavirus relief to individual businesses, and companies got millions more from the federal Paycheck Protection Program set up by Congress as businesses closed in March 2020.

Business groups, particularly those representing the hospitality industry, are watching closely as the coronavirus relief bill moves through the legislature, and the House Commerce Committee took testimony from many business owners as it was creating the grant guidelines. The bill is due before the full House for a vote Thursday or Friday.

If the measure is ultimately approved, the Agency of Commerce and Community Development would administer the grant program. The agency would have 10 days after approval to put out the application guidelines, said Rep. Michael Marcotte (R-Newport), chair of the House Committee on Commerce and Economic Development.

Sirotkin wasn't immediately available to comment Wednesday.  Asked if he was surprised by Sirotkin’s email, Marcotte said he was not.

“It’s fine,” he said. “I think it was before he really had a chance to look at it and hear from us, and I think he was going off just what the state auditor had sent him." He added: “It was his opinion at the time. I’m hoping after he heard from us he was able to have discussions with [Goldstein] and that he feels a little more comfortable with it.”