By Matthew Roy and Jeff Baron

A fire swept through the historic Middlesex United Methodist Church on Wednesday morning, destroying a picturesque house of worship that was more than a century old.

The flames spread quickly through the wooden structure, according to Waterbury Fire Chief Gary Dillon, whose department was one of several that responded. Around noontime, the bell tower collapsed.

Sharon Merchant was there to see it.

"I've been going there since I was born, and I'm 60 years old," she said. "I was baptized there, married there, buried my father there, the whole shebang. I talked to my 93-year-old mother today, and she's like, 'I'm supposed to be buried there.'"

The church had celebrated its centennial several years ago, Merchant said. It operated a food shelf on Saturday mornings. 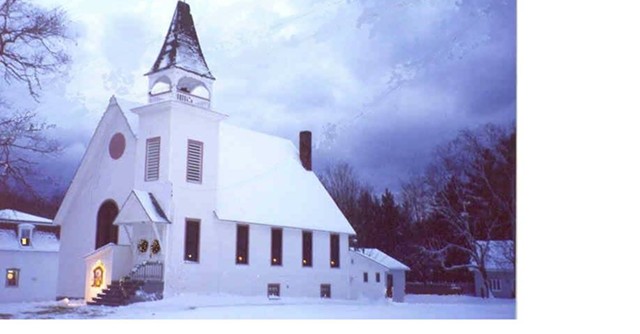 A fire inspector told Merchant that investigators won't be able to determine how it started until they can get into what remains of the church. Parts of it were still smoldering, she said Wednesday afternoon.

Merchant, the church's treasurer, had also cleaned and maintained the place for years. "It's kind of like my second home," she said.

Membership had been dwindling. Many who were still worshipping there are in their eighties and nineties; Merchant's son, in his thirties, is the youngest, she said.

"Our last service, we probably had 15 people there. It's gone down — down, down, down — in numbers, like a lot of old Methodist churches have," she said. "A lot of the younger generation just doesn't go to church."