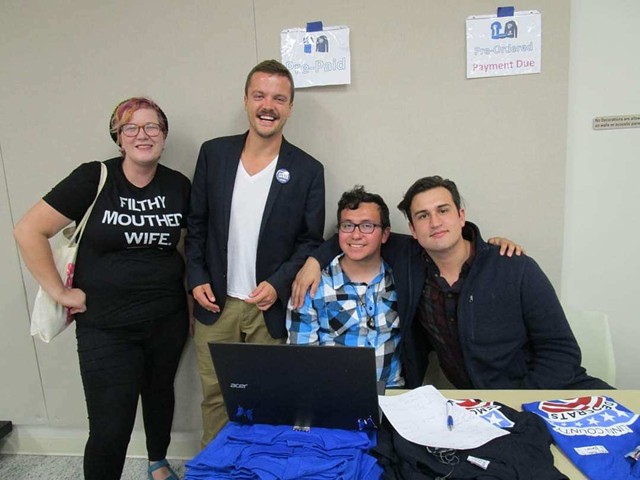 Describing a "toxic" work environment, a Vermont Democratic Party staffer announced on Thursday his plans to quit his job because of "a complete and utter failure of party leadership," among other reasons.

"There is no vision, no plan, and no structure," Kevin Burgess, the director of party affairs and outreach, wrote in a scathing resignation email sent to party officials Thursday afternoon. "Multiple attempts to rectify this, through union representation and staff conversations, have not resulted in any remedies.

"Instead, leadership turns a blind eye to the concerns and needs of staff," he continued. "While I don't mean to speak for anyone else, I am not the only Vermont Democratic Party staffer who feels this way."

An Iowa native, Burgess has worked for that state's Democratic party as well as the presidential campaigns of Pete Buttigieg and Sen. Bernie Sanders (I-Vt.). He'd only joined the Vermont Democratic Party in September.

In his resignation email, Burgess described the party as the "most unorganized and poorly managed" organization he has ever seen, and said systemic issues such as an "old boys club" and a lack of support for candidates of color continue to plague it.

But instead of confronting these shortcomings, leaders have chosen to "minimize, deflect, and refuse to take responsibility," he wrote. "The Vermont Democratic Party deserves leaders who will bring this organization into the future, not keep it mired in the past."

He called his resignation painful but necessary, saying he could no longer work at a place that was "turning me into someone I don't recognize."

Staff Turnover Bedevils Vermont Democratic Party
By John Walters
Fair Game
"I have been continually told that I either don't know what I'm talking about or that I need to be falsely positive in the face of a legacy of injustice," he wrote. "That is not accountability. It's gaslighting."

Burgess declined to comment on his resignation letter, which Seven Days obtained from a separate source, when reached Thursday afternoon. In his letter, he asked to stay on until March 4.

But Asha Carroll, the party's communications director, told Seven Days around 5:30 p.m. on Thursday that the party had accepted Burgess' resignation and that he was "no longer an employee of the party." She declined to say whether the party had rejected his offer to stay on a few more weeks.

“We wish him all the best in his future endeavors and we remain committed to building a strong, diverse party that will represent the needs of all Vermonters," she said.

Neither the party's executive director Scott McNeil nor party chair Bruce Olsson could be reached for interviews Thursday afternoon.

Turnover has plagued the Vermont Democratic Party in recent years. In 2019, former director of party operations Brandon Batham resigned after he allegedly embezzled approximately $18,500 from party coffers. Three of the party's five remaining staffers started their gigs last year, while the longest-tenured employees joined in 2019. And after Terje Anderson stepped down as party chair last summer due to health issues, Olsson became the fourth to hold the unpaid position in as many years.

Victoria Moon, who worked as the party's press secretary for three months last fall, told Seven Days on Thursday that she had read Burgess' letter. Asked for her take, she said, "There's a great deal of growth that the Vermont Democratic Party still has to do and I hope that they take the many statements of concern that have been made from party employees seriously and work to implement them going forward."

She declined to elaborate.
Prev
Next