Exiled Files: A Vermonter's Car Has Been Stuck in Montréal Since March | Off Message

Exiled Files: A Vermonter's Car Has Been Stuck in Montréal Since March 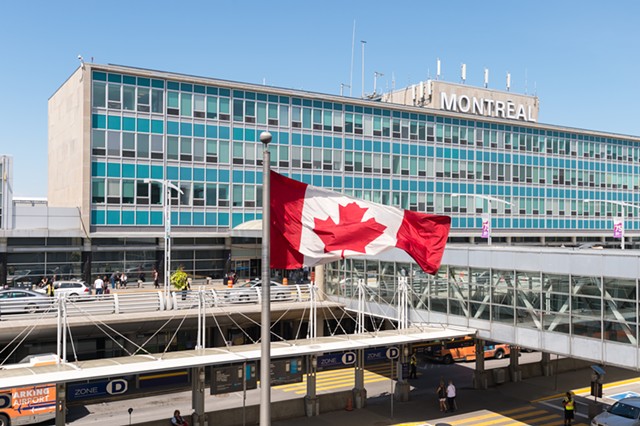 Long-term parking — aka stationnement à long term — has a new meaning for one Vermonter.

Williston resident Emmanuel Capitaine has been separated from his Toyota RAV4 since last March, when he drove it to the Montréal-Trudeau International Airport to catch a flight to Paris. Days later, Canada closed its border due to the pandemic.

Capitaine, a dual French-American citizen with family in the Brittany region, brought his 5-year-old son on the March 11 trip to France. When they landed at Charles de Gaulle Airport, the friend who picked them up informed Capitaine of the impending shutdown.

“I thought it was a joke,” Capitaine said, “but he was not laughing."

Though they had planned to stay in France for two weeks, a few days later Capitaine booked a flight back to Montréal. But when they arrived at the airport, Air Canada officials told him he would not be able to board the plane, because American citizens had just been barred from entering Canada. He and his son flew to Boston, rented a vehicle and drove back to Williston.

The relatively new RAV4 has since sat idle. Capitaine contacted both the U.S. consulate and the Canadian one, hoping to arrange to pick up his vehicle. But the border is closed to all non-essential travel — no exceptions.

Airport officials recommended Capitaine have the car towed to the border — but that wouldn't solve the problem, either.

“There’s nothing I can do to cross that line,” Capitaine said. “I’m not going to say, ‘Hey, you see that car on the other side of the border? That’s mine — can I get it?’ It’s not going to work.”

Capitaine said the airport has assured him he won't be on the hook for all those months of very long-term parking. "Because it's a unique situation, they told me I won't have to pay extra because they know I can't pick it up and, legally, I can't do anything," he said.

He's considered having a dual Canadian-U.S. citizen, who could still cross the border, drive the car down from Montréal. But he’d need two people to come so they could drive back north together. Though he has friends in Québec, Capitaine doesn’t know two who could do that.

The border remains closed through at least February 21, and that closure will likely be extended until the pandemic has subsided.

Capitaine occasionally calls the airport. Workers have checked on his vehicle and even sent photos to reassure him the car is OK. He and his wife have been sharing one car for almost a year now. Even though he can't use the RAV4, Capitaine is still paying off the loan on it.

It's inconvenient, but “there are situations that are way worse than a car stuck at an airport,” Capitaine said, noting other Americans have been separated from family and friends in Canada.

“Compared to the hundreds of thousands of people who died in less than a year — a car is nothing," he conceded. "We haven’t been sick, my wife and I still have our jobs. We don’t really have a right to complain compared to the people who are suffering way more than ourselves because of this pandemic.”
Prev
Next