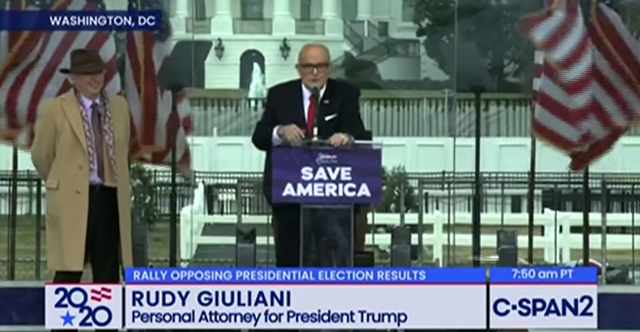 Middlebury College has made good on its threat to rescind the honorary doctor of laws degree that it conferred upon Rudy Giuliani in 2005.

On Sunday, the Middlebury Campus, the school newspaper, published an editorial urging the college to do just that. The writers noted that, in the wake of the violent storming of the U.S. Capitol building by extremists supporting President Donald Trump, two colleges had revoked honorary degrees previously given to Trump.

The paper also noted that Giuliani, Trump's personal lawyer, had addressed a Trump rally just hours before attendees headed to the Capitol, urging a "trial by combat" over the results of the 2020 presidential campaign.

College president Laurie Patton issued a statement Sunday calling the riot "an insurrection against democracy itself" and saying a decision on the degree would be made within days.

Tuesday evening, the college announced its decision using a method that the president has favored for years, up until his account was suspended: a tweet.

Middlebury College has made the decision to revoke the honorary degree it presented to presidential attorney Rudolph Giuliani in 2005, and has communicated this to Mr. Giuliani’s office.