Vermont Is Not Joining the Transportation and Climate Initiative | Off Message

Vermont Is Not Joining the Transportation and Climate Initiative 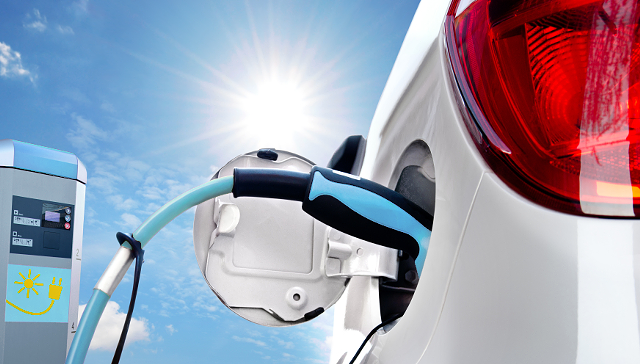 Gov. Phil Scott is not yet ready to sign Vermont up for a multi-state agreement to cap greenhouse gas emissions from transportation, despite it being a decade in development.

Officials in Massachusetts, Connecticut, Rhode Island and Washington, D.C., on Monday pledged to join the regional compact known as the Transportation and Climate Initiative.

Eight states in the Northeast and mid-Atlantic area, including Vermont, signed a related document pledging to stay involved in the planning process but opting not to join the program at this time.

Scott has long expressed concern that the agreement would force Vermonters to pay more for gas, which has only deepened during the pandemic, said Peter Walke, commissioner of the Department of Environmental Conservation, who has represented Vermont in TCI discussions.

Scott also wants to monitor initiatives by the incoming administration in Washington and the work of the new Vermont Climate Council before committing to the compact as it is now structured, Walke said.

“Because we don’t need to make a determination right now, it behooves us to continue to evaluate information and policies that are coming out of the federal level and things that the Climate Council is considering,” Walke said.

States committing to the effort would adopt a “cap-and-invest” strategy to reduce emissions by charging gasoline distributors a fee based on the amount of pollution created by the fossil fuel they sell.

They would share the hundreds of millions of dollars generated annually by the program, allowing them to invest in lower-carbon transportation options like electric cars and buses.

“I will not force Granite Staters to pay more for their gas just to subsidize other states’ crumbling infrastructure,” he said.

Johanna Miller, climate program director for the VermontNatural Resources Council and a member of the Vermont Climate Council, said she was disappointed in the governor’s decision but not surprised given his past comments.

While it's good news the state remains at the table, Miller said, she worries Vermont will miss out on a robust revenue stream the state could tap to help achieve its climate goals. She also wonders whether higher gas prices will be passed on to Vermonters  anyway.

“We are in a regional market, and this could have potential financial impacts to Vermonters who may pay even if we don’t play,” Miller said.

Groups that support the initiative put out a joint statement expressing hope that the administration would remain engaged in the effort.

“Everyone understands there is an incredible need to invest in modern transportation infrastructure, to cut Vermonters’ transportation costs, and to cut carbon pollution,” said Ben Edgerly Walsh, climate and energy program director for Vermont Public Interest Research Group. “This regional initiative is one clear potential path to that goal."

The effort is viewed by many as the most promising way to reduce emissions enough for Vermont to meet its ambitious goals to reduce greenhouse gas emissions.

Advocates argued the law was needed to hold the state accountable for its promises after years of failing to reduce emissions. Scott has said he supports the goal but has called the approach — particularly the formation of the 23-member Vermont Climate Council — an unconstitutional overreach by lawmakers. The law was passed over his veto.

TCI was modeled after the Regional Greenhouse Gas Initiative, a market-based effort to reduce emissions from the electricity sector in the Northeast.


Vermont was one of the original signatories of the TCI effort in 2010. “We understand that the future of transportation and job growth in our states requires forward thinking, the early adoption and deployment of clean energy technologies and a regional approach to clean transportation. We also understand that talking about the future is not enough. We must act,” the original declaration signed by multiple Vermont officials read.

At the time, there was optimism that a regional approach could help address transportation emissions, but it hasn’t worked out that way, Walke said.

Emissions from the transportation sector have risen since 2010.

“What the states, Vermont included, came to discover, was that it is significantly more challenging to address emissions from transportation than it is from the electricity sector,” Walke said.

That’s largely because people living in rural communities often have few options aside from gas-powered vehicles.  That’s not to say there hasn't been progress, however.

Significant work has gone into understanding the issue and laying the groundwork for solutions, such as building an electric vehicle charging network and promoting the purchase of EVs with incentives, Walke said.

“It’s not like folks have been sitting around twiddling their thumbs for 10 years,” he said.

Scott isn't the only one who can sign Vermont up for TCI, however. The legislature could require the state to join, explained Sen. Chris Bray (D-Addison). It's too soon to say whether lawmakers would attempt that, he said.

Bray said he found the decision not to move forward disappointing and said it signals the administration's lack of urgency on this issue. He also found it surprising that the first line of the declaration signed by those states that didn't sign on to the compact states that "bold action to reduce emission is necessary."

"It's doesn't feel bold to say ... we're going to continue to look at this," Bray said.