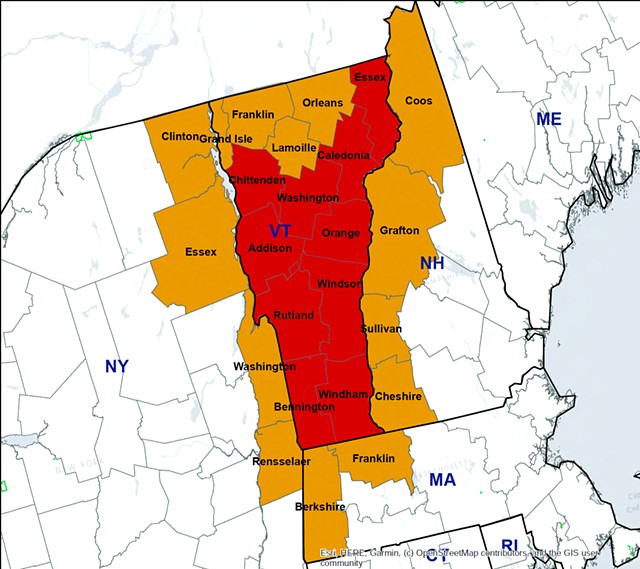 Federal officials have declared 10 counties in Vermont to be a natural disaster area due to the 2020 drought — a decision that allows farmers who lost crops to lack of rainfall to apply for disaster aid.

The counties are Addison, Bennington, Chittenden, Washington, Rutland, Windham, Windsor, Orange, Essex and Caledonia. Under federal law, the adjoining counties are also eligible for aid, meaning that farmers in all of Vermont and certain counties in New York, Massachusetts and New Hampshire will also qualify for aid over the next eight months.

Vermont farmers estimated at least $27 million in crop losses due to the drought. Corn and hay yields were down by as much as 75 percent, steams and farm ponds ran dry, and farmers were forced to haul water and feed animals harvested hay when pastures dried up. In Ferrisburgh, farmer Erik Andrus lost acres of rice that he'd planted.

Parts of Vermont were declared abnormally dry as early as June, according to the National Drought Monitor, and advanced to moderate drought and severe drought as the summer progressed. Eastern Vermont was generally drier than the west.

As Seven Days previously reported, the drought caused creeks to dry up, and the water level in Lake Champlain dropped. Some residential wells ran dry.

Despite recent rains, much of the state was still listed as abnormally dry or in moderate drought.
Prev
Next