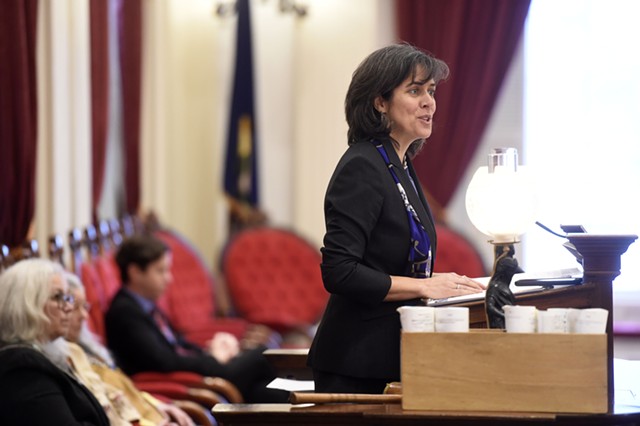 House Speaker Mitzi Johnson (D-South Hero) appeared to have narrowly lost her seat Tuesday in a result that, if confirmed, would represent the highest profile loss by an incumbent lawmaker in the state.

Results earlier in the night suggested that Johnson and fellow Democrat Andy Julow were enjoying a modest lead. But that advantage evaporated in late returns and Johnson ended up 18 votes behind the competition. Rep. Morgan earned 2,768 votes while his nephew, Michael, won 2,619. Johnson trailed with 2,601 votes.

“It’s not uncommon for Vermont House elections to be extremely close,” Johnson said in a statement. “Over the years, we’ve seen tight races and recounts in this district. I want to ensure every vote is counted and that we have clarity on the outcome of this election. If the preliminary vote totals have been reported correctly, we will proceed with a recount.”

Mike Morgan, who ran unsuccessfully in 2018, attributed the victory to the grassroots campaign he’s been running, including mailers and support from local papers.

"We've been literally campaigning for the last two years, building upon the relationships that we already had in the district, and made them greater," Morgan said.

Johnson said she couldn’t speculate on the apparent outcome of the race, saying she’d wait until the recount was complete. She did note, however, there were reports of errors with a counting machine in Milton. She also said some communities such as Alburgh appear to have had unusually strong Republican turnout.

No matter the results, Johnson said she is "zen" about the issue and she plans to keep preparing for the next session until her term is up.

“I’m still the speaker until January, and have an enormous amount of work to do to help set up the session in January,” Johnson said in an interview with Seven Days shortly before midnight. “I’m still going to stay focused on what we need to do to make sure that the legislature can serve Vermonters well in January whether or not I am there.”
Prev
Next