Current and former GOP officials have sued Vermont Secretary of State Jim Condos over his plan to mail a ballot to every registered voter later this month, alleging that it will create a system "ripe" for voter fraud and jeopardize the very integrity of the November election.

The federal complaint was filed last Friday on behalf of five Vermont voters, including Victory Town Clerk Tracey Martel, former state representative Robert Frenier and Rep. Brian Smith (R-Derby). It argues that the state’s outdated voter checklists will result in "many" people getting their hands on ballots who are not supposed to, which in turn will diminish the weight of legal votes.

"It just introduces a whole host of problems into a system that was actually perfectly fine to deal with this pandemic in the first instance," David A. Warrington, a Virginia-based attorney who worked with the 2016 Trump campaign, told Seven Days on Wednesday.

The two other plaintiffs' attorneys are Harmeet K. Dhillon, a Republican National Committee member from California, and Deborah Bucknam, a Walden-based attorney and former GOP candidate for Vermont attorney general who is serving as local counsel.

The lawsuit is among at least 170 others nationwide seeking to challenge election procedures amid the coronavirus pandemic and comes just two weeks before Vermont plans to start sending out hundreds of thousands of ballots. Warrington said the attorneys hope to secure a ruling within the next 10 days but said that they would continue with the suit even if ballots hit the mail. 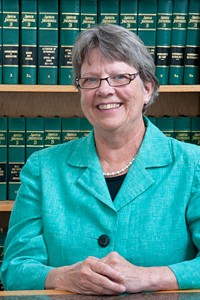 In a statement to Seven Days, Condos, a Democrat, said that voting by mail is "safe, secure, and legal."

"We are confident that we stand on firm legal ground to prevail in this lawsuit, which attempts to force voters to choose between their safety and their right to vote, and we will keep conducting the important work of inoculating democracy from COVID-19," he wrote.

The Vermont Legislature granted Condos unilateral authority to modify election procedures this year over safety concerns related to the coronavirus.

He exercised that power in July, issuing a directive that said every registered, active voter — or those whose residency is not being challenged by their local board of civic authority — would be mailed a ballot for the November election. Condos said at the time that he hoped the move would limit the number of people who turn up physically at the polls while ensuring that every voter has a chance to safely cast a ballot.

Amid Historic Voting Numbers, More Vermonters Cast 'Spoiled' Ballots
By Kevin McCallum
Politics
But since Vermont law already allows people to request ballots early if they do not wish to go to the polls, the suit argues, Condos’ plan does nothing more than make it easier for people to cast fraudulent votes.

To prove that case, it cites examples from the August primary, in which Vermont mailed each registered voter a prepaid postcard allowing them to easily request an absentee ballot.

Those postcards, which were sent out by individual town and city clerks, were addressed using outdated and inaccurate voter checklists, the suit says, resulting in a number of ballots being sent to the wrong place.

For example, some Vermont households received postcards addressed to people who had not lived there for years, the complaint says. Others who had lived at the same address for decades did not receive postcards. And the suit cites several other cases in which former Vermont residents received postcards at their out-of-state addresses.

Vermonters Smash Primary Turnout Record
By Colin Flanders
Off Message
Receiving a ballot addressed to someone else is not fraud. Only if the recipient were to pretend to be that person, sign a document under penalty of perjury and mail it to that person's town clerk would it then be a criminal act. And research from the six states that already hold universal mail-in voting elections shows such behavior is immensely rare.

Still, the lawsuit asserts that "some or many" of these misdirected ballots "can and will" be cast fraudulently.

Early Votes Exceed Total 2018 Primary Turnout in Vermont
By Paul Heintz
Off Message
Instead, the suit argues, Vermont should stick with its current system, which provides ample opportunity to vote from home via absentee ballots while still offering better protections against fraud, since it requires someone to at least be proactive in their criminal pursuits.

"If I get your ballot mailed to my house, it is a very easy step for me to fill that ballot out and drop it in the mailbox," Warrington said. "None of this uncertainty would actually occur if you remain with the existing Vermont law."

Frenier, a Chelsea resident and former one-term state rep who is one of the five plaintiffs, agreed that the lawsuit seeks to fix an unbroken system. "The vote is very sacred," he said. "Do not mess with any system around the vote unless you absolutely gotta — and you don’t gotta."

A Republican who was involved in a controversial election recount in 2017 after he defeated an incumbent Progressive lawmaker by just seven votes, Frenier said the slim margins of some Vermont legislative elections show that it "doesn’t take much fooling around to tip them one way or another."

Frenier was recruited to the lawsuit by Bucknam, who is working as his attorney on an unrelated matter involving school choice.  He dismissed a question about the lack of widespread fraud cases, arguing that the media is "heavily influenced" by Democrats and therefore does not accurately report the problem.

Plus, he suggested that even if there hasn't been much fraud to date, that could change this year.

"This is an extraordinary, cantankerous election. For a lot of people, the end will justify the means," he said. "There are people who hate Donald Trump. There are people who are terrified that carbon dioxide is murdering the planet, and
I fear some people will take advantage of whatever opportunity they have to vote more than once." He quickly clarified that there are agitated people "on both sides."

Despite their Republican ties, and the fact that the Vermont GOP sent out a call last month seeking anyone who had received errant postcards, and the fact that the leader of their party, President Donald Trump, has repeatedly made baseless claims about how expanded mail-in voting this November will lead to a “rigged” election, both Warrington and Bucknam assure that their motivations for the lawsuit are not partisan.

"We all want a free and fair election so that every vote counts," Bucknam said. "Democrats want that, too." The present system makes it "more likely for every voter to have their vote counted," she said.

"When we are faced with unique problems, we find ‘Vermont Strong’ solutions," he wrote in his statement. "We don’t have time for out of state, DC-style political attacks by partisan political operatives.”