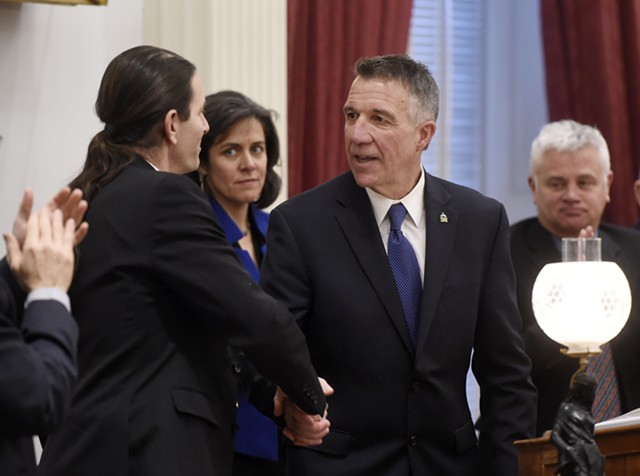 Vermont political campaigns this week filed their first post-primary finance reports, offering a glimpse inside their war chests ahead of the final two months of the 2020 race.

The reports were due on Tuesday and covered a monthlong period from late July to late August.

Republican Gov. Phil Scott, who has engaged in only limited campaigning amid the COVID-19 state of emergency, continued to take in money at a leisurely pace, raising $36,000. That brings his total to $134,800 this election cycle (though he has carried over an additional $106,000 from his previous campaign).

Zuckerman to Face Scott in Governor's Race, Gray Upsets Ashe for LG
By Paul Heintz and Colin Flanders
Off Message
Scott's August donations came from just 34 individual contributors, several of whom coughed up the maximum allowable amount of $4,160. That list includes Florida billionaire investment broker Thomas Peterffy, as well as Barre developers Thomas and Karen Lauzon. Two other max contributions came from businesses listed to Thomas Lauzon, the former mayor of Barre, on the Vermont Secretary of State's website.

Scott's challenger, Lt. Gov. David Zuckerman, posted another healthy fundraising total this round, taking in $112,000 from some 1,000 individual donors, with an average of about $108 per person. The Progressive/Democrat pulled in only a handful of donations above $2,000 this period, including one from Elizabeth Skarie, who is married to Ben & Jerry's cofounder Jerry Greenfield.

The other half of the ice cream empire, Ben Cohen, is also pitching in. Zuckerman's campaign on Tuesday announced that it plans to raffle off pints of a special batch of ice cream Cohen has made called "ZUCKERMANIA" to anyone who donates to the campaign between now and September 14.

Zuckerman's campaign manager, Megan Polyte, noted in a press release that August marked the candidate's most successful fundraising month to date, which she said underscores his momentum coming off his win in last month's primary.

Two national entities with a stake in the gubernatorial race largely kept their distance over the last month.

Our Vermont, a political action committee funded by the Democratic Governors Association, did not spend any money in the state this filing cycle, while A Stronger Vermont, the Republican Governors Association PAC, spent about $54,000 on "research" and another $1,000 on a digital ad released the day before the primary, bringing its overall spending to about $108,000 this election cycle.

The amount is well off the pace of the 2018 race, when the Republican PAC had already spent some $315,000 by this point and would go on to spend another $455,000 ahead of that year's general election.

The current hands-off approach, though, could change at any moment.

“I remain humbled by the unwavering support of this campaign," Gray said in a press release on Tuesday night. "As a campaign, we will continue to put the needs of people and communities at the forefront and unite our state for a brighter future." 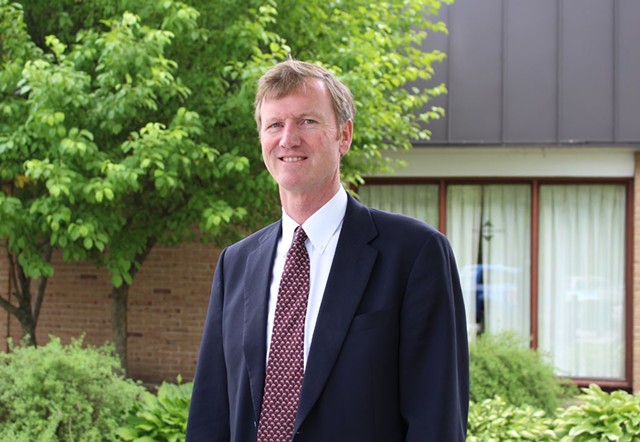 A chunk of that total came from Milne or his family: He received about $4,000 each from his daughter and son-in-law, Elise and Andrew Keys, and $3,600 from his son, Keith. All three have maxed out their donation limits.

For his part, Milne loaned his campaign $5,400 this period, bringing his overall personal contribution to $20,400.

Candidates who fell short in last month's primary were also required to submit finance reports. Among the more revealing were those filed by Zuckerman's two Democratic challengers.

Holcombe — who lost to Zuckerman by 10 points in the primary, earning 35 percent of the vote — raised $587,000 over the course of her 18-month campaign, according to her final report. Nearly all of that money was spent before the August election.

Bennington attorney Patrick Winburn, meantime, finished his bid after raising $264,700 — virtually all of which came out of his own pocket.

Winburn's final report shows that he poured $258,000 of his personal wealth to his long-shot campaign, en route to earning about 7,626 — or 7 percent — of the Democratic primary vote.

Based on those figures, Winburn spent about $33 per vote.

While that's not the return-on-investment the candidate had hoped for, it's far from the worst in recent memory. Retired Bear Stearns exec Bruce Lisman, for example, spent a whopping $1.9 million of his own money on his 2016 gubernatorial primary bid against Scott. That amounts to about $110 for each of the 18,115 votes Lisman won.

Candidates will not have to file another disclosure until October 1.
Prev
Next