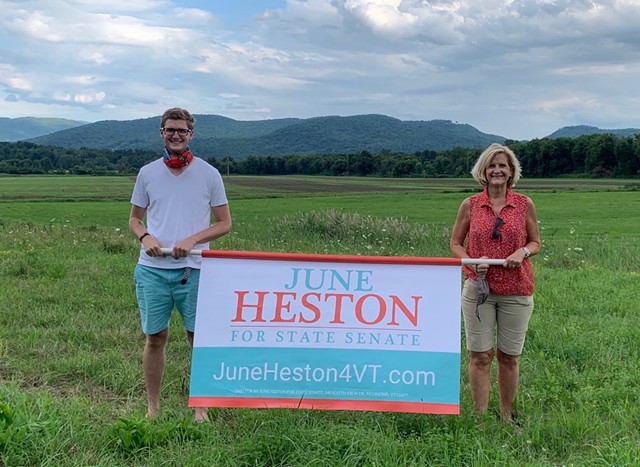 A judge has ordered a recount to begin Wednesday in the primary race for a Chittenden County Senate seat.

June Heston, a nonprofit consultant from Richmond in her first-ever political race, came just 46 votes shy of securing a Democratic nomination for one of the six Senate seats representing the state’s most populous county.

Incumbent Sen. Chris Pearson (P/D–Chittenden) of Burlington received 11,764 votes to Heston’s 11,719, according to the official tally from the Vermont Secretary of State.

On August 14, Heston filed a motion in Chittenden Superior Court demanding a recount. Statewide and Senate candidates within 2 percent of the total votes cast divided by the number of seats in the district can request a recount. Heston was less than 0.5 percent behind Pearson.

She ordered the Chittenden County clerk, in consultation with the Secretary of State’s Office, to begin the recount at 8 a.m. Wednesday in Burlington City Hall under strict rules to protect against the spread of COVID-19. The recount could take days.

Masks will be required for anyone participating or witnessing the recount, the number of people in the room must not exceed 50, and the process will be live-streamed. Volunteers helping in the recount must practice proper hand sanitation and stay six feet away from one another whenever possible.

Heston and Pearson will each be allowed to have one witness in the auditorium at any time.

State elections officials are under significant pressure to get the recount resolved in time for the state to mail ballots to all active voters for the general election, a process expected to begin in mid-September. The state has never undertaken such an effort.

A recount with so many ballots would normally take about a week, but with the health restrictions in place, "it's really hard to predict," said Eric Covey, chief of staff for the secretary of state.
Prev
Next