Democratic primary candidates engaged in a session of verbal back-patting on Thursday as they strove to exit a challenging campaign cycle with a cohesive front.

While the theme of the Vermont Democratic Party's postprimary press conference was "unity," the Dems made clear that their olive branch would not be extended to one person in particular: Gov. Phil Scott.

"Our current governor may be a nice guy," said Brenda Siegel, who finished third in the lieutenant governor primary. "But his veto pen is not. He has vetoed bill after bill and issue after issue that would have helped my family and families all across Vermont."

Zuckerman to Face Scott in Governor's Race, Gray Upsets Ashe for LG
By Paul Heintz and Colin Flanders
Off Message
"He may be a nice guy," later echoed Patrick Winburn, the third-place finisher in the gubernatorial primary. "But his policies on minimum wage, on family leave, his handling of the opioid epidemic — those are not nice, and I think people in Vermont have to realize that that's the case."

Zuckerman and Gray were treated to a chorus of congratulations and occasional praise from their former opponents after earning clear victories in their respective races.

Sprinkled among the political kumbaya were jabs at Scott, who cruised to resounding victory in the Republican primary and, as one of the most popular governors in the country, will be difficult to beat come November.

Scott has received high marks for his handling of the coronavirus pandemic — so high, in fact, that the Republican Governors Association released a digital ad on Monday showing some of his Democratic rivals praising his leadership during the crisis.

Democrats seem to think their best chance of beating Scott will be to paint the election not as referendum on the last five months but rather his entire four years in office. One of his loudest critics of late has been former Vermont education secretary Rebecca Holcombe.

Holcombe, who spent months hammering Zuckerman over his past skepticism of vaccine science before falling to him in the primary, appeared comfortable stumping for him on Thursday.

"We know Scott did a decent job in responding to [the] crisis because he bothered to listen to the health experts — he doesn't always do that," she said at the press conference. "But here's the thing: What COVID really did was rip back the curtain on everything that was wrong. This isn't about COVID. This is about the fact that we had an economic crisis even before we went into COVID."

Holcombe went on to challenge Scott's claim that he has not campaigned so far this election cycle, noting that he "doesn't have to," thanks to his frequent televised press conferences.

"Here's the problem with press conferences," Holcombe said. "They don't help parents feed their kids. They don't keep roofs over people's heads. We need real solutions, and that means we need leaders who are going to take on these problems and stop talking and actually do the work. And that's going to come from the Democrats."

"We were running a relay race," she later said, calling out to Winburn in the crowd. "And now we're handing the baton to David. We need to get behind him."

Winburn agreed. "The only negative about the whole campaign was that David and Rebecca and I couldn't all win, because we agree on just about everything," he said. Among those shared beliefs: "Phil Scott has got to go."

Related Running in Circles: Can Anybody Defeat Gov. Phil Scott?

Running in Circles: Can Anybody Defeat Gov. Phil Scott?
By Paul Heintz
Politics
Zuckerman mentioned Scott by name only once during his remarks , commending his administration's response to the pandemic. But he said Vermont needs a leader who is focused on the future as much as the present.

"Our leadership cannot be focused on cutting and slashing programs and jobs as a way to get ourselves out of the financial strain we are under," Zuckerman said.
"More than ever, Vermonters need leadership that will provide support, guidance and direction as we rebuild."

Later, in a final parting shot, Zuckerman said he looked forward to working with Gray upon their victories in November. "In my administration, I work with the lieutenant governor," he said, in an allusion to his own working relationship — or lack thereof — with Scott.

To be sure, much of Thursday's event struck a more positive tone. Lieutenant gubernatorial candidates Siegel, Senate President Pro Tempore Tim Ashe (D/P-Chittenden) and Sen. Debbie Ingram (D-Chittenden) each heaped praise onto each other during brief remarks, while also congratulating the victor.

Gray, meantime, seemed to harbor no grudges against her former opponents despite being on the receiving end of the most pointed criticisms throughout the campaign. She thanked them for their "service," their "advocacy" and "showing Vermonters that we can run a strong Democratic primary based on the issues and putting people before politics."

Related Newcomer Molly Gray's LG Bid Has Gained a Lot of Traction. How?

Newcomer Molly Gray's LG Bid Has Gained a Lot of Traction. How?
By Colin Flanders
Politics
She then thanked Vermonters for their commitment to the democratic process, saying the campaign has given her "so much hope."

"These are difficult and uncertain times, and it would be easy to sit back to wait to see what happens," she said.

Gray then took her own proactive step following Thursday's event, hosting a brief press gaggle in what appeared to be an attempt to get out ahead of two persistent criticisms against her campaign: her residency status and her voting record.

Gray has faced lingering questions over whether her 18 months living in Switzerland in 2017 and 2018 disqualify her from the lieutenant governor's office. And a revelation that she did not vote during the four election cycles from 2008 and 2018 turned off some voters in the final weeks of the campaign.

On Thursday, standing at a podium set up about 50 yards from where the initial press conference was held, Gray brought up both matters herself.

She acknowledged her voting lapse and reiterated her commitment to increasing access to voting. "People have asked me, 'What excuse do [you] have?' And there is none," she said.

And she said she wholeheartedly believes she is eligible to run for office. "As an attorney, I did my due diligence," she said, citing a legal opinion she has received from a Burlington attorney that backs her position.

Gray's campaign has shared that document with media outlets, including Seven Days, on the condition that it not be published in full. When a reporter asked whether she would release the report to the public, Gray initially said she would consider it. She then said she could make the report publicly available "if need be." Moments later, she vowed to release it.

Gray appeared most comfortable addressing the campaign ahead, in which she will face off against Republican businessman Scott Milne.

Milne, who defeated Meg Hansen and three other candidates in his party's primary on Tuesday, is best known for his 2014 run for governor, when he came within just 2,400 votes of knocking off incumbent Peter Shumlin.

"Scott Milne has focused his campaigns on negative attacks of his opponent, and he's offered little vision for how he would lead Vermont forward," Gray said. "I'm hoping it will be different this time, and I want to offer him a different opportunity."

She said her campaign invited Milne that morning to a series of eight community forums around the state that would focus on issues such as demographic challenges, access to childcare, paid leave and workforce development.

Asked whether she thought Milne would embrace her call for an issues-based race, Gray said she planned to give him every opportunity to do so. "That's why I'm running. That's what I want to talk about, and that's what I expect from my opponent," she said.

She got her answer a few hours later. 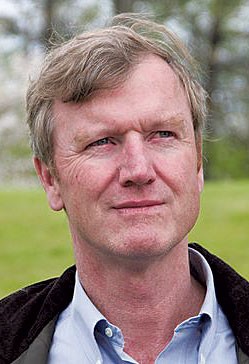 Milne's campaign responded to Gray's request with a statement to Seven Days on Thursday afternoon that said the Republican nominee looks forward to participating in "major broadcast televised debates in front of a statewide audience in the fall in order to maximize viewership and limit person to person contact.”

The campaign then addressed Gray's characterization of Milne's past races, stating that it is clear she did not pay attention to them.

"We know that because she didn’t vote in them," wrote Milne campaign manager Sen. Corey Parent (R-Franklin) in the statement. "If she was paying attention, she would know that Scott nearly defeated Peter Shumlin on the issue of health care."

The campaign sent its statement to Seven Days around the same time it  pushed out a press release highlighting comments U.S. Rep. Peter Welch (D-Vt.) made about the importance of civic participation during Thursday's press conference.

Gray, who was standing nearby during Welch's remarks, "must have been getting squeamish given her dismal [voting] record," Parent wrote in the release. "Welch asked, 'Do we support democracy? The right to vote? The essential urgency of citizen participation? And we know that we do.' Well, at least for Molly Gray, maybe not so much."

Gray's campaign manager, Samantha Sheehan, provided Seven Days a written response to the Milne campaign's attack. "One of the first public statements from the Milne campaign was not responding to an offer of community-based conversations but a snarky and inaccurate personal attack," Sheehan wrote.

"The invitation to join Molly to discuss the most important issues facing Vermont communities remains," she added. "We hope Scott will accept."