As Vermont school districts roll out plans to reopen classrooms, a key question has emerged: Will they have enough teachers and staff? 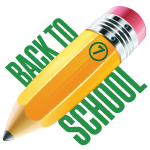 Education leaders from around the state are flagging staffing as a major concern as employees, including some older people who are vulnerable to serious symptoms should they get COVID-19, express reservations about returning to school buildings this fall.

The issue was discussed during a session of the Vermont House Education Committee last week, and educators expressed further concerns in a call Monday with three Vermont senators.

Superintendents had to draft school reopening plans without knowing whether their staff members would be able to come back. And staffers couldn’t decide whether to return until they knew what their individual district's plans were. Jeff Fannon, executive director of the Vermont-NEA, described the conundrum as a “chicken or egg” issue.

Libby Bonesteel, superintendent of Montpelier Roxbury Public Schools, announced plans last week to bring students in grades K-8 back to school Monday through Friday this fall, with an abridged school day ending at 1 p.m. The district will also offer a K-8 Virtual Academy for those who prefer that their children learn remotely. During the Education Committee session, Bonesteel said that while more than 80 percent of families have indicated they would like their kids to return to school, having a workforce in place is “a considerable concern.”

Around 40 percent of the district’s staff have childcare issues, Bonesteel said. Because reopening plans vary, teachers with young children may live in a district with a schedule that doesn’t align with their employer's.

Additionally, said Bonesteel, a significant number of staff members fall into a higher risk category for severe illness from COVID-19 or live with someone who does. At the Roxbury Village School, the district’s smallest, more than half of the staff fall into these categories. The school also needs to fill a vacant teaching position and hire a nurse; the latter job has been posted for more than five months.

Chris Guros is a special educator at Main Street Middle School in Montpelier and is on Montpelier Roxbury’s reopening committee. Many teachers are “simply terrified” to return to school, and the virus’ prevalence is so “fluid” it’s difficult to make a decision about heading back to work in a month’s time, he added. Further, “The science really isn’t comforting to educators because it keeps changing,” Guros said.

Barbara Anne Komons-Montroll, the superintendent of Windham Southwest Supervisory Union, plans to offer families two options: going fully remote, or a hybrid schedule with four days of in-person learning and one day of remote. She, too, is worried about having adequate staff.

Many of the schools in her district are small and have part-time nurses and custodians. School reopening protocols call for those positions to be full-time, and she’s not sure where the money to fund them will come from.

Schools in the Orleans Central Supervisory Union in the Northeast Kingdom have enough space to bring students back five days a week, said superintendent Bev Davis. But staffers are anxious about health, and she, too, is not sure that she’ll have enough teachers to fully reopen. She’s been asked about setting up space in one of the schools for teachers who may need childcare but has determined there is no room. “We are just maxed out, especially if we have to think about physically distancing,” Davis said.

Ashe said he was concerned about reports that some teachers who aren’t able to return to school because of health issues may be allowed to work remotely while others are being told that they must take medical leave. “So, you have different district leadership … giving different responses to the exact same predicament,” he said.

Alyce Schermerhorn, an art teacher at Mary Hogan School in Middlebury, said she wasn’t sure her district would have enough substitutes to cover for absent teachers this year. She said she’s already heard that many of last year’s subs won’t be coming back because of age-related health concerns.

Jim Johnson, a 30-year-veteran bus driver in the Champlain Valley School District, said that bus drivers were also in short supply before the pandemic and they would often come to work “with sniffles or a slight fever,” which won’t be an option this year. Johnson said he hoped that the state legislature would work with the Department of Health to make a coronavirus testing program available to school staff.

Education Health COVID-19 back to school teachers Web Only