Legislature Doles Out $577 Million in Aid, Adjourns Until August | Off Message

Legislature Doles Out $577 Million in Aid, Adjourns Until August 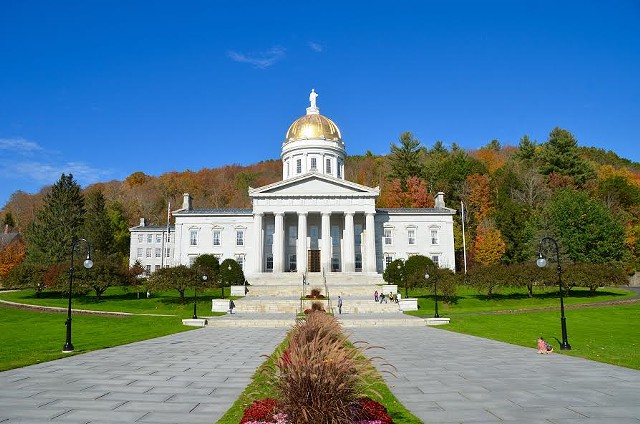 In a marathon session Friday, the Vermont legislature appropriated more than half a billion dollars in federal aid to nearly every corner of the state's economy — an unprecedented spending spree brought on by the coronavirus pandemic.

Throughout the day and into the evening, the House and Senate took turns finalizing an array of policy and spending bills in one Zoom room after another. Just after 9 p.m., lawmakers wrapped up a session that had already gone nearly two months longer than usual. Even then, they made plans to return on August 25 to finalize next year's state budget.

"It's farewell, not goodbye, for this session," Senate President Pro Tempore Tim Ashe (D/P-Chittenden) said just moments before the quasi-adjournment. "No rest for the weary."

The focus of the day was wrapping up a trio of bills appropriating nearly $577 million of the $1.25 billion in federal Coronavirus Relief Fund money Vermont received as part of the CARES Act. The legislature had previously agreed to another three bills with a combined $249 million in aid. And Gov. Phil Scott, working with the legislature's Joint Fiscal Committee, had spent or obligated an additional $177 million.

"Together, we got over a billion dollars out the door for Vermonters," House Speaker Mitzi Johnson (D-South Hero) told her members late Friday.

Legislators intend to spend the remaining federal funds — a little less than $250 million — when they return in August. At that time, they expect to have an updated revenue forecast from the state's economists and a better understanding of the state's fiscal condition.

'Can't Afford to Wait': The Fight Over Vermont's Coronavirus Aid
By Paul Heintz
Politics
To some legislators, the race to appropriate the federal aid was dizzying, with multiple spending bills flying back and forth between the two bodies and line items shifting by millions of dollars at a time. "My head is spinning trying to keep track of where the different pieces of money are," Rep. Francis "Topper" McFaun (R-Barre Town) told his colleagues Friday afternoon.

"I think we're in the land of spinning heads right now," responded Rep. Michael Marcotte (R-Coventry), who chairs the House Committee on Commerce and Economic Development.

"There are a bunch of train cars going down the track," added Rep. Kitty Toll (D-Danville), the House Appropriations Committee chair. "Let's just hope they all don't crash at the end, but they unite."

Among the train cars was H.965, which appropriated nearly $327 million to the state's health care system. The bulk of it, $275 million, would be distributed to Vermont hospitals, doctors, nursing homes and other providers through a Health Care Stabilization Fund administered by the Agency of Human Services.

The bill also included $28 million in hazard pay for frontline workers in the health care arena. The Senate had originally hoped to devote $60 million to essential workers in a variety of industries, but Scott and House leaders questioned whether federal guidelines permitted such an expenditure.

"It was with great unhappiness that, in spite of our pushback and best efforts, that we have been told that we cannot include many of those workers that we had wanted to include," said Sen. Jane Kitchel (D-Caledonia), who chairs the Senate Appropriations Committee.

The last-minute compromise, to spend half the original amount on workers in just one sector, would at least provide support to "employees that were at highest risk" of contracting COVID-19, Kitchel said. "This is one area where we're trying to do something for the workforce," she added.

A second train car was H.966, an omnibus measure that appropriated $214 million for businesses, housing, internet connectivity, municipal government and other areas. The bill added another $82 million to an emergency business-recovery grant program that had already received $70 million in funding. And it added $62 million to the $23 million that the legislature had already devoted to various housing initiatives.

Speaking on the virtual Senate floor, Kitchel made clear that some proposals that did not receive funding this time around would have another chance in August. "I want to again stress that this is not the end of the [Coronavirus Relief Fund] appropriations," she said. "We have additional money, knowing that, after July 1, needs will emerge that we right now don't have the ability to quantify or to know."

Sen. Becca Balint (D-Windham), the majority leader, echoed the point, noting that Vermont could still be "sucked back into" a second public health crisis prompted by the coronavirus. "We have many, many hard days ahead," she said.

Scott, who spent recent weeks criticizing the legislature for failing to immediately sign off on his spending proposals, expressed cautious optimism earlier in the day that lawmakers would eventually agree to other elements of his plan.

"The economic package that I put forth, they didn’t adopt all of the measures that I had laid out, but there’s still time to do that," Scott said at a morning press conference in Montpelier.

By the end of the evening, legislators appeared somewhat loopy from all the time they had spent in front of their computer screens. At one point, Sen. Joe Benning (R-Caledonia), the minority leader, relocated to a hammock and legislated from a semi-reclined position. At another point, an unidentified and unintentionally unmuted member of the House dropped an f-bomb while criticizing the process.

In closing remarks to their respective chambers, Johnson and Ashe both described the long journey their members had undertaken since voting to close the Statehouse on March 13, as the coronavirus threat became clear and Scott declared a state of emergency.

"You each stepped up to the plate to learn new technology, practice a little patience," Johnson said. "And, really, together we found our way to a less-than-ideal but workable remote legislature that can be viewed by anyone, anytime that has access to YouTube."