Rodgers Lashes Out as Senators Criticize His 'Derogatory' Email | Off Message

Rodgers Lashes Out as Senators Criticize His 'Derogatory' Email 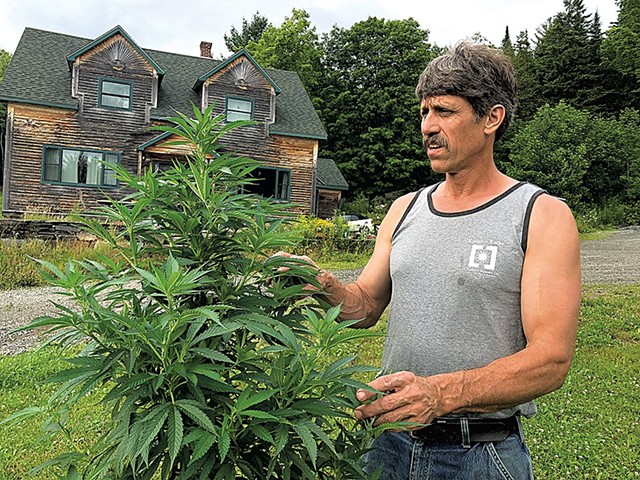 Sen. John Rodgers (D-Essex/Orleans) apologized last Friday for employing the phrase "snippy little bitch" in an all-Senate email. But in an interview on Monday, he lashed out at two colleagues who had criticized his rhetoric, arguing that they — not he — should be apologizing.

Other senators told Seven Days that they viewed Rodgers' words as sexist or homophobic — and certainly intolerant. Members of the Senate's Committee on Committees, meanwhile, said they expected to meet in the coming days to determine whether Rodgers should be sanctioned for his actions — first reported by VTDigger.org — though it appeared unlikely that they would strip him of his committee assignments.

The Senate drama began last week when Rodgers and fellow Northeast Kingdom Sen. Bobby Starr (D-Essex/Orleans) criticized the leaders of the Senate Natural Resources and Energy Committee for working to reform Act 250, the state's landmark land-use law, while legislating remotely due to the coronavirus pandemic. Rodgers, a member of the committee, said his professional obligations and spotty internet service had made it difficult to take part in the deliberations — and alleged that the committee's leadership and Statehouse lobbyists had "largely worked behind the veil in crafting" the legislation.

"It's not transparent. It's not friendly to the public or people who want to participate," Rodgers told his colleagues last Wednesday during an all-Senate caucus meeting. "I'm extremely frustrated."

Sen. Chris Bray (D-Addison), the committee's chair, defended its actions and pointedly noted Rodgers' absence. "I regret that, for good reasons, I suppose, Sen. Rodgers hasn't been able to be with us for the last month," Bray said. Later Wednesday during a virtual floor meeting of the Senate, the committee's vice chair, Sen. Brian Campion (D-Bennington), also addressed the criticism leveled at the panel.

"False accusations are serious things," Campion said. "Earlier today during a public caucus, the senators from Essex/Orleans, Sen. Rodgers and Sen. Starr, both accused the Senate Natural Resources and Energy Committee of acting in a sly, secret manner when working on the Act 250 amendments. I want to stand here right now and say that I find those comments to be not only offensive but completely false."

Act 250 Bill Hits Quagmire in the Latest Act of a Long Legislative Drama
By Kevin McCallum
Off Message
Early Friday morning, Rodgers sent an email to the full Senate addressing the dustup. "After hearing the snippy question about what I have been doing while committees are meeting I thought I would let my colleagues know," he began. Rodgers proceeded to explain that he and his wife had gone into debt purchasing his family's farm and inn, the latter of which has been closed due to the pandemic. He said he was working 12 to 16 hours a day on his hemp farm and at his stonemasonry business to stay solvent — and didn't have time for Zoom calls.

"I do not intend to go bankrupt and lose the farm that's been in my family for almost 200 years to attend Senate meetings on nonessential legislation," he wrote.

Rodgers accused the Senate of discriminating against members who are "Internet connection challenged" and said the Act 250 reforms would only hurt rural Vermonters. "So if any snippy little bitch wants to question where I am during committee meetings and what my values are I would challenge them to walk a mile in my shoes," he concluded. "My bet is that few could keep up with me until lunchtime say nothing about until 9 o'clock at night."

During a committee meeting later Friday morning, Rodgers apologized "for losing my temper and sending out a ill-sounding email." Campion thanked him for the apology, and Bray and Sen. Mark MacDonald (D-Orange) said they accepted it.

Later that day, however, Senate President Pro Tempore Tim Ashe (D/P-Chittenden) upbraided Rodgers in an email that Ashe eventually forwarded to the full Senate. "I'll cut to the chase - it's totally unacceptable in your Senate role to employ any kind of name calling regardless of who it is directed at," the pro tem wrote. "It is still worse to use derogatory terms. It is also totally out of line to impugn the motives and integrity of the Senate and one of its committees."

Ashe wrote that it appeared Rodgers had directed his remarks at Bray and Campion, noting that the latter is gay, "which raises larger concerns about your choice of words." The pro tem said that the three-member Committee on Committees, which doles out committee assignments, "will reach out promptly to set up a time to discuss this further, and to discuss any implications for your committee assignments."

In an interview with Seven Days on Monday, Rodgers said that the "snippy question" he mentioned at the start of his missive had been a reference to Bray's caucus comments. But he denied that his "snippy little bitch" remark was directed at Bray or Campion. "That last comment was not referring to anyone," he said.

Rodgers said he stood by his Friday apology but thought that Ashe should also apologize to him for sending an "angry email" that "was just as offensive and bad as using derogatory names." And he said Campion should apologize for his comments on the floor last week.

"I was disturbed by [Ashe's] email and the threat to remove me from the committee based on his interpretation of my words with nothing to back it," Rodgers said. "And then Sen. Campion stood up on the floor and used both my name and Sen. Starr's name and accused us of making false allegations, which is a false allegation in itself."

Rodgers denied that his words were homophobic, noting that he had lost reelection to the House after voting to legalize gay marriage in 2009. Asked why he employed that particular phrase, he said with a laugh, "It just sort of rolled off the tongue and it felt right. If I was to assess a meaning at this point it would mean someone inappropriately nitpicking another — just trying to make an issue out of something that shouldn't be an issue."

Other senators — particularly members of the LGBTQ community — said they interpreted the remarks differently. "They could be taken as homophobic," Campion said, calling Rodgers' words "completely unacceptable."

According to Sen. Debbie Ingram (D-Chittenden), who is gay, "When you use really derogatory terms that imply insults towards women or females, you have both sexism and heterosexism that enter into it." She added, "The implication is really insulting."

Senate Majority Leader Becca Balint (D-Windham), who is also gay, said, "I would be lying to you if I didn't feel like there was some homophobia in there." Despite Rodgers' denial that he was targeting Bray or Campion, Balint said, "There's a reason why he used that particular word to refer to, as I read it, the chair and vice chair of that committee ... Bitch is not a neutral term. He didn't say, 'You goddamn bastards.' He chose that word because it's loaded and it's about emasculating men and it's about belittling women."

Bray did not respond to an interview request on Monday, but he told VTDigger on Friday that he was ready to move on.

Whether Rodgers will face consequences for his actions remains an open question. Ashe, a member of the Committee on Committees, said Monday that he expected it to meet behind closed doors in the next few days to determine whether Rodgers should be removed from the Natural Resources and Energy Committee or the Institutions Committee, on which he also serves.

"I believe that the term is a derogatory term but, frankly, we need to get to the bottom of who it was intended for and why it was chosen," Ashe said. "It's obviously a loaded phrase and obviously it raises larger questions in light of one member of the committee in contention being an openly gay senator."

Lt. Gov. David Zuckerman, another member of the Committee on Committees, called the email "completely inappropriate." He added, "Whether it's gender-insulting or homophobic, either way it's inappropriate." But Zuckerman said he would need to learn much more about the situation before voting to remove Rodgers from his committees. "In the grand scheme of things, it is not the top item on my day-to-day list," he said.

Sen. Dick Mazza (D-Grand Isle), the third member of the Committee on Committees, said he found Rodgers' remarks "very, very disturbing" and couldn't recall a similar incident during his 35 years in the Senate. But Mazza said he was not sure it merited stripping Rodgers of his committee assignments. "I don't think it rises to that severity at this point," Mazza said. "I think it's been addressed. Everybody knows about it, and let's move on."

Sen. John Rodgers Misses Democratic Primary Filing Deadline
By Kevin McCallum
Off Message
Though Rodgers' personal finances have kept him from remote legislating, he said Monday that he hopes to win reelection to the Senate this fall. Because he missed the deadline to appear on the Democratic ballot, he plans to wage a write-in campaign for the nomination. Failing that, he said, he intends to run as an independent this fall.

"I'm the only one who has the courage to stand up against leadership and call out the issues that need to be called out," he said. "I'm one of the few people in the building who still fishes and hunts and looks out for traditional values. We've lost that voice in the Statehouse."