Ken Schatz to Retire as DCF Chief | Off Message 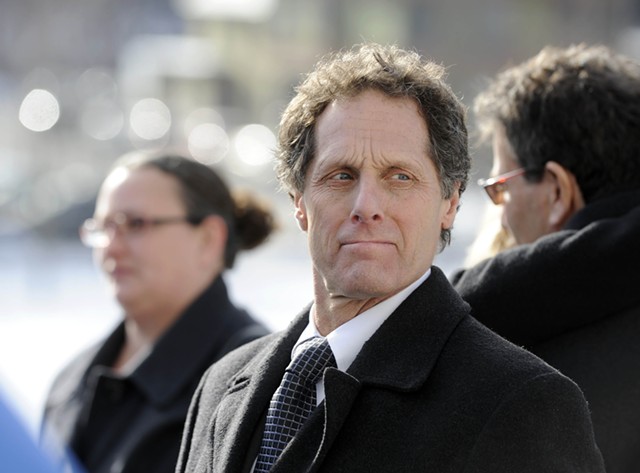 After more than five years at the helm of Vermont's Department for Children and Families, Commissioner Ken Schatz plans to retire from state government later this month. Gov. Phil Scott announced Wednesday that he would be replaced by Deputy Commissioner Sean Brown.

"I think change is good — both for me personally and for the department," Schatz said in an interview.

"Ken has been a compassionate and balanced leader of DCF, and we wish him the very best in his retirement," Scott said in a written statement, adding that Schatz "leaves big shoes to fill."

The 66-year-old South Burlington resident has spent much of his career working in juvenile, mental health and disability law. He served for two decades in Burlington's Office of the City Attorney, including six years as the Queen City's top lawyer. After a short stint as general counsel in the state's Agency of Human Services, he was appointed DCF commissioner by then-governor Peter Shumlin in September 2014.

"I've really learned a lot from the people that I've worked with, families I've come into contact with and other professionals," Schatz said. "And I feel very good about the work we've done together to support children and families in Vermont."

With more than 950 employees, DCF is one of the largest departments in state government. It's responsible for child protective services, foster care and adoption programs, childcare regulation, and such economic support programs as Reach Up, 3SquaresVT and fuel assistance.

Schatz took over the department as it was reeling from the deaths of two children in its custody. The next summer, DCF social worker Lara Sobel was shot and killed in the parking lot of the department's Barre offices. "All of that together was incredibly difficult and challenging," Schatz said.

The department has also reckoned with a surge of children entering state custody as a result of the opioid epidemic. "The biggest challenge in our child welfare system was, in my view, to try to stabilize it and provide an appropriate level of support for families while at the same time protecting children," Schatz said.

Recently, much of the commissioner's attention has been consumed by the coronavirus pandemic, which has disproportionately affected the communities the department serves. DCF has worked to stabilize the childcare industry and has housed roughly 2,000 homeless people in motels. "We worked hard to avoid an outbreak in that population," Schatz said.

He said he was particularly proud of the department's work to expand the jurisdiction of juvenile courts to 18-year-olds, a change that will take effect in July; in two years, it will expand to 19-year-olds.

Schatz said he was pleased that he would be succeeded by Brown, who has led the department's Economic Services Division since April 2014. "Having that kind of succession makes me feel even better about moving on," Schatz said.
Prev
Next