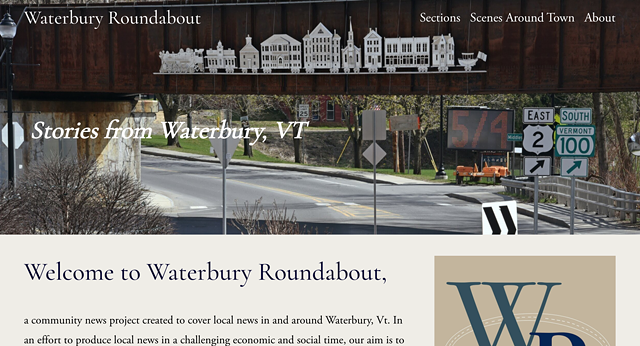 A new online community journalism project has emerged to fill the void left when the Waterbury Record folded in March as coronavirus restrictions gripped the state.

The Waterbury Roundabout is a collaboration between area journalists, University of Vermont students and the Valley Reporter in Waitsfield.

The volunteer effort aims to cover the kinds of community news that made the Waterbury Record, a free weekly paper, a popular though financially troubled publication, said Lisa Scagliotti, a former Burlington Free Press reporter spearheading the effort.

"Everyone that I talk to says they are missing the newspaper, so there was a role that it played that isn’t happening right now," Scagliotti said.

The website went live on Friday morning with stories by Scagliotti about the local school budget and work resuming on the $21 million Main Street reconstruction project.

A paper called the Record had been published in Waterbury from 1895 to 1947. The most recent incarnation operated from 2007 until its final edition was published on March 26. It was part of the Vermont Community Newspaper Group, which also owns the Stowe Reporter, the News & Citizen of Morrisville, the Shelburne News, the Other Paper of South Burlington, and the Citizen of Charlotte and Hinesburg.

Publisher Greg Popa said a downturn in advertising revenue from the coronavirus made the 4,500-circulation paper unsustainable.

The new effort is headed by three long-time journalists from Waterbury.

After several years at the Free Press, Scagliotti worked at the Anchorage Daily News before returning to Vermont to raise a family. She worked as an editor and reporter at the Vermont Community Newspaper Group, and last year began mentoring journalism students in the Community News Service project. The project is part of UVM's Reporting and Documentary Storytelling program in the university's Center for Research on Vermont. 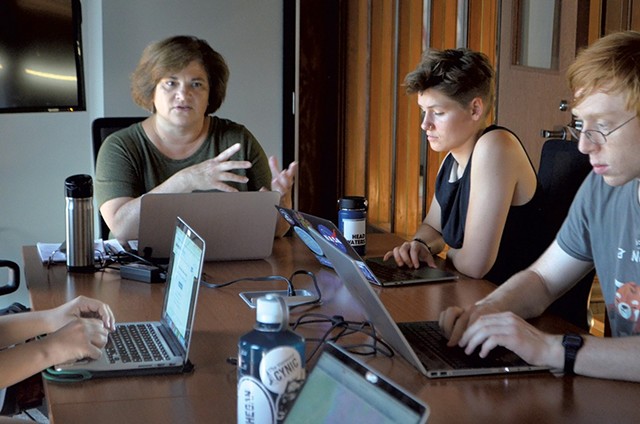 Richard Watts, director of the center, said the new initiative will allow students to go beyond honing their journalism skills at local papers by helping to build something new.

"It’s a real opportunity for students to be on the ground floor of something," Watts said.

Also helping out are Anne Imhoff, who formerly published Exit 10, a monthly newspaper serving the Waterbury area,  and photographer Gordon Miller, whose work was a staple in the Record.

The Valley Reporter has agreed to publish Waterbury Roundabout content online at valleyreporter.com.

Scagliotti said she and her students started brainstorming the project soon after the Record closed. The site takes its name from the circular intersection of highways 100 and 2, just west of the downtown railroad bridge.

In the future, if the site enjoys enough support, the Roundabout may pay freelance journalists to help.  "I know plenty of very good, solid journalists who are looking for freelance work right now," Scagliotti said.

Some who’ve lamented the loss of the paper have asked Scagliotti whether a print product is in the future, noting that not everyone has internet access or likes to get their news online. But that seems unlikely.

"If that was a viable thing," she said, "we’d still have the Waterbury Record."