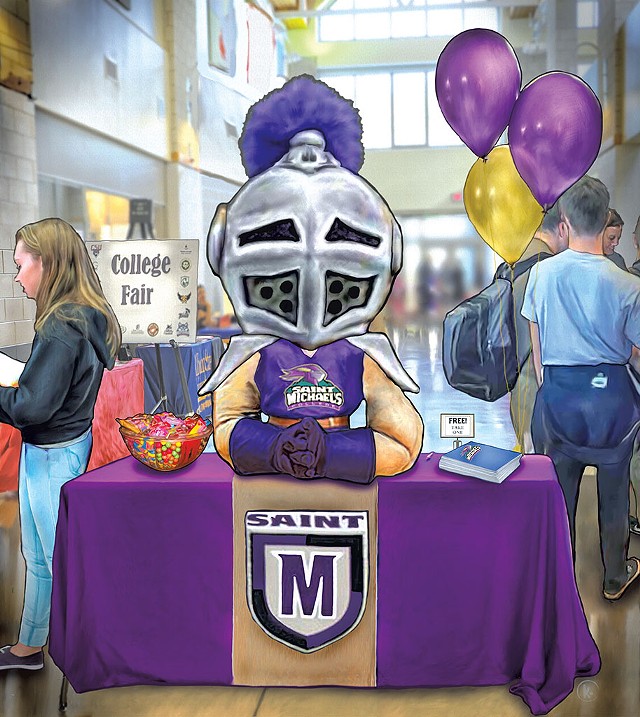 St. Michael's College is offering tuition discounts for new students from Vermont this fall in an appeal to those wary of leaving the state amid the coronavirus pandemic.

The new program, called the Home State Promise, guarantees that first-year and transfer students who are new to the Colchester college would receive at least $25,000 in annual financial aid. The offer comes as high school graduates and college students forced home early by the pandemic consider remaining in Vermont during this time of uncertainty, said Michael Stefanowicz, the college's director of admission.

"As students are deciding right now, this definitely gives them some opportunity to reflect on where they want to be," Stefanowicz said. "We’re hearing from many of them: The appeal of home is strong."

St. Michael's College, Vermont Law School Go Remote
By Courtney Lamdin
Off Message
St. Mike's tuition and housing costs currently top off at about $61,800. The private liberal arts college does not provide an in-state tuition rate but says that about 90 percent of its 1,600 undergrads receive some form of financial aid.

Vermonters who enroll in the new program would receive between $25,000 and $35,000 in scholarships and grants based on their financial needs. They would still need to file a federal student aid application and would remain eligible for state grants. They could also still receive other forms of aid, which means some students may receive more than the top of the scale, Stefanowicz said.

Current students from Vermont — who typically represent about 20 percent of the school's student body — don't qualify for the new program. But Stefanowicz said that the college has offered to work with families who lose income due to the pandemic.

Like many small liberal arts colleges, St. Mike's has struggled in recent years to compete for a diminishing pool of high school graduates across the northeast region.

After extending application deadlines to June 1 because of the pandemic, St. Mike's officials say they won't know how fall enrollment compares with that of previous years for another month. Stefanowicz said it's also too early to tell whether the first three weeks of the new promotion has yielded the college an influx of Vermont students.

The college's new offer will likely pique interest from some current Vermont students — particularly those enrolled in the Vermont State Colleges System, where a looming financial crisis has forced some to reconsider their options.

Stefanowicz confirmed that Vermont students already attending school in the Green Mountain State would qualify for the discount program. But he said that St. Mike's usually does not try to recruit students away from other schools unless they express interest, and he sought to dismiss any notion that the college intends to undercut the state system. "We want them to be successful," he said.

He later added: "The thought here is to make sure we're attracting Vermonters who might have not realized how affordable a St. Michael's education could be."
Prev
Next