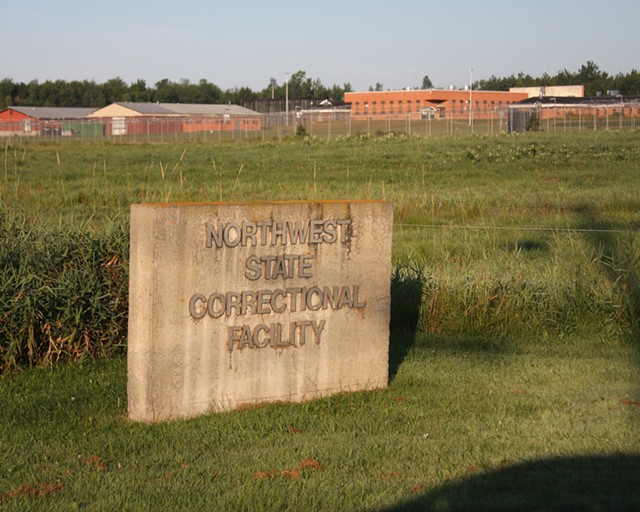 An inmate at the Northwest State Correctional Facility in Swanton has tested positive for COVID-19.

"We anticipated it was not a case of if, but when," Agency of Human Services Secretary Mike Smith said during a press conference Wednesday morning. He added: "I am not surprised we now have a positive inmate. This is a contagious virus."

The Department of Corrections said in a press release Wednesday that it will test all 199 inmates and the 125 staff members who work at the prison “immediately over the next 24 hours.”


"We won't hesitate to retest, if needed," Smith said.

In the press release, DOC Interim Commissioner Jim Baker said: “We have been very focused on protecting staff and inmates, and are moving quickly to increase testing and put in place even more measures to reduce contact. We have been planning for this from the outset of the pandemic and will continue to adjust as we learn more.”


The facility has been on full lockdown since Monday, when the DOC announced that two staffers had tested positive. Another employee tested positive on April 1.


The lockdown means inmates must stay in their cells — where they’ll receive essential services, meals and medications — “except for emergency and hygiene purposes,” according to the DOC.

The inmate began showing symptoms on Monday and was immediately tested and placed in a negative pressure cell at the Swanton prison, the DOC said. His cellmate has also been placed in isolation but has not yet shown symptoms, according to Smith. The cellmate will remain isolated until the 14-day quarantine period expires, he said.

State officials are currently conducting contract tracing of the inmate and the three positive staff members to determine whether other people are at risk of contracting the virus.

All inmates and staff at the prison were issued masks to wear on Monday. Inmates’ temperatures are taken three times a day, and staff temperatures are taken when they end a shift, DOC facilities executive Al Cormier said on Tuesday. Masks are expected to be delivered to every Vermont prison starting on Thursday, according to the DOC press release.

Every facility is now on a modified lockdown, meaning inmates are eating meals in their cells and going out for recreation in small numbers to allow for proper social distancing.

There are currently 1,435 inmates behind bars around the state, 236 fewer than the 1,671 about a month ago. Advocates have been calling for more inmates to be freed because of the threat the virus poses in prisons.
Prev
Next