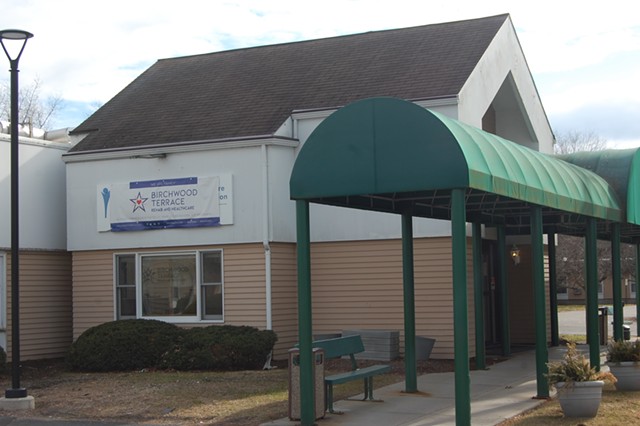 Seven more residents of the Birchwood Terrace nursing home in Burlington have tested positive for the coronavirus, the center said Thursday, bringing the facility's total cases to 14.

The home announced the new cases in a press release Thursday morning.

"Unfortunately, due to privacy regulations we cannot share any additional information about the residents except [to] let you know that each continues to receive the full medical care they need," the release said. "We are in close contact with the Vermont Department of Health and UVMMC and are following their guidance."

Birchwood Terrace, located at 43 Starr Farm Road, is a large nursing home and short-term rehab center in the city’s New North End with 112 current residents. The facility's executive director Alecia DiMario told Seven Days on Wednesday that the initial seven patients were receiving medical care in a separate area of the facility.


On Thursday, Birchwood said it is in the process of testing all staff members and residents, "even though they have not showed any symptoms." "We understand that this an extreme step but one that is necessary and hope to have those results in short order," the home said in the release.

Eight Vermont Facilities Now Have Coronavirus Cases
By Courtney Lamdin
Off Message
The outbreak first publicly revealed Wednesday morning during a state press conference at which Health Commissioner Mark Levine listed Birchwood as one of eight eldercare entities across Vermont — including long-term care homes, independent living communities and a home health provider — where cases have been discovered.

Birchwood is the second nursing home in Burlington with a COVID-19 outbreak. The first, at the Burlington Health & Rehabilitation Center, has infected three dozen people — 22 residents and 14 healthcare workers — and left eight elderly residents dead.