Shaw's Grocery Worker in Middlebury Diagnosed With COVID-19 | Off Message 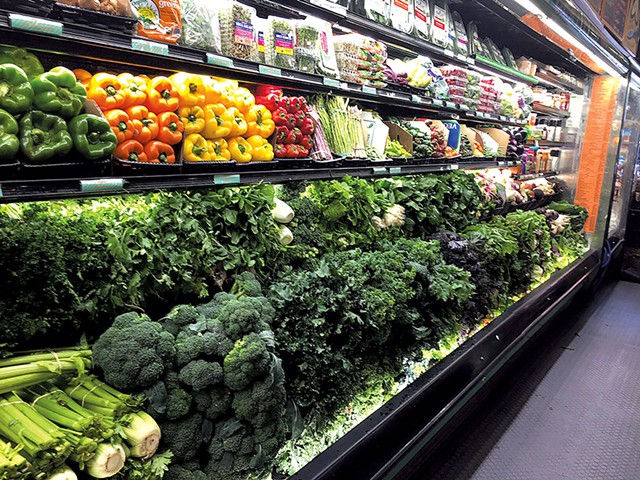 A Shaw's grocery store employee in Middlebury has coronavirus, the company confirmed Friday.

The grocery chain said it has identified cases at six locations among its 150 or so stores in New England.

The Middlebury store, at 8 Washington Street, is the brand's only affected location in Vermont as of Friday. The others include stores in Dover, N.H., Easton, Mass., and Hyde Park, Mass.

The company did not say how many employees at each location had been diagnosed or when the cases were discovered. The Middlebury location was not included in a March 26 report by Boston NPR affiliate WBUR that listed the five other Shaw's sites with employee cases.

Last week, the Hannaford grocery store in Barre closed for deep cleaning after that company learned an associate "may have" tested positive for the virus, a Hannaford spokesperson said.

Earlier Friday, Gov. Phil Scott said at a press conference that he was not aware of any coronavirus cases among grocery store employees in Vermont.

Coronavirus Numbers in Vermont: A Seven Days Tracker
By Andrea Suozzo
Coronavirus
Asked about its response to the positive cases, a spokesperson for Shaw's provided a statement saying that the company is doing everything it can to slow the spread of the virus.

"Even though a store goes through multiple, daily cycles of enhanced cleaning, sanitizing and disinfecting every day, if we learn that an associate has been diagnosed with COVID-19, we conduct additional thorough cleaning and disinfection," the statement read.

Earlier this month, the State of Vermont classified grocery store workers as "essential persons" during the state's coronavirus response, allowing them to receive free child care.

Like first responders and law enforcement, such employees are on the front lines, interacting with the public every day even as others are ordered to practice "social distancing."

Potential 'Exposure' to COVID-19 Forces CSWD to Shut Drop-Off Sites
By Sasha Goldstein
Off Message
Shaw's parent company — the Boise, Idaho-based Albertsons Companies — says it is providing two weeks of replacement pay to associates who are diagnosed with COVID-19 or who are required to self-quarantine by their doctor. The company also announced a temporary $2 an hour "appreciation" pay raise for the pay period ending March 28.

The state's food retailers, which include grocery stores, general stores and other kinds of convenience stores, employ about 19,000 workers, according to the Vermont Retail & Grocers Association.

The trade group is not tracking coronavirus cases among its member businesses, president Erin Sigrist said.
Prev
Next