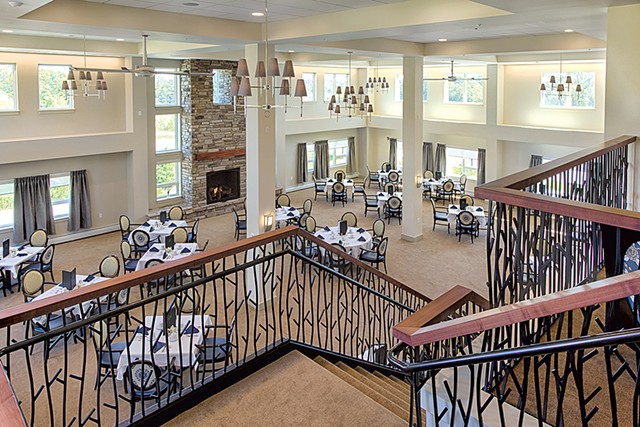 A woman who lives at the Residence at Quarry Hill eldercare facility in South Burlington has tested positive for COVID-19, a company spokesperson confirmed.

The patient developed symptoms days after a stay at the Burlington Health & Rehab earlier this month, according to Ted Doyle, a spokesperson for LCB Senior Living, which operates the Quarry Hill facility and two others in Vermont.

The Pearl Street nursing home is considered the epicenter of the Vermont pandemic, accounting for 14 of 95 cases statewide and five of seven total fatalities.

Vermont Reports Two More Deaths as Coronavirus Cases Climb
By Courtney Lamdin
Off Message
The patient had recently received rehab services at the Burlington facility. Knowing that the virus was spreading there, the Quarry Hill home placed the patient in quarantine when she returned 10 days ago. She developed symptoms days later, Doyle said.
“We have no idea how she got it. The problem with COVID is it’s a virus; there’s a million different ways,” Doyle said. “We are working with the State of Vermont Health Department and the CDC to backtrack and figure out what might have happened.”

Citing privacy concerns, Doyle said he couldn't disclose the patient's age but said she has only mild symptoms.

"She’s doing very well," he said. "She’s mildly ill and in fact better today than she was yesterday."

Doyle said the patient lives in the facility's memory care unit, which consists of 25 individual apartments that are separate from the independent and assisted living areas. The patient was tested two days ago, and the home received the positive result Monday night, he said.

The facility’s 91 other patients are in self-isolation, he said.

Doyle said none of the other patients nor the 80 staffers have shown symptoms of illness. The South Burlington patient is the first person to test positive for COVID-19 in all of LCB’s 27 facilities in Vermont, New Hampshire, Connecticut, Massachusetts, Rhode Island and Pennsylvania, he said.

LCB had initiated proactive measures — including cancelling communal meals and group activities — about a month ago, Doyle said.

Doyle recognized that people have reason to worry for seniors who contract the virus, but he stressed that the Quarry Hill facility is a “very different environment” from Burlington Health & Rehab. The case was caught early, Doyle said.

“We caught this essentially even before it became symptomatic, very early, and she’s getting good medical care and she’s isolated," he said. “From that perspective, it’s the best possible scenario given the circumstances.”
Prev
Next