‘Big Tuesday’ a Big Setback for Sanders | Off Message 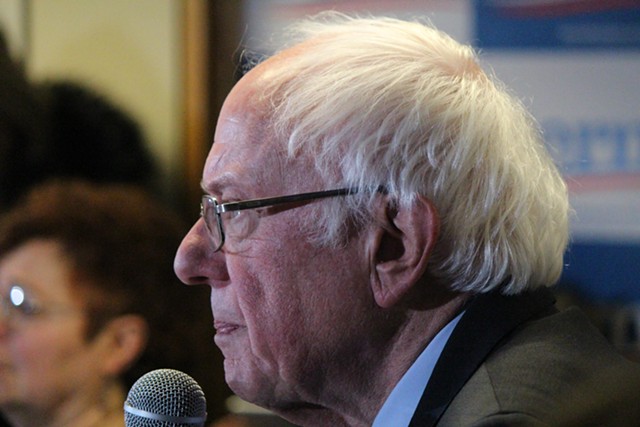 Four years ago this week, Michigan Democrats handed Sen. Bernie Sanders (I-Vt.) an unexpected victory and revived his foundering presidential campaign. On Tuesday night, history did not repeat itself.

The margin appeared to be far wider in other states that voted on “Big Tuesday.” In Missouri, Biden led Sanders 60 to 35 percent, and in Mississippi 81 to 15 percent. Both states were called for the former vice president as soon as polls closed Tuesday evening.

By early Wednesday morning, it appeared that Biden had also prevailed in Idaho — a state Sanders had won by 57 points in 2016. Sanders was leading only in Washington and North Dakota, though both races were too close to call.

The senator from Vermont had hoped to spend Tuesday chiseling away at the nearly 100-delegate lead Biden held going into the night. He had also hoped to demonstrate in Michigan that he could win the sort of midwestern swing state that will be essential to defeating President Donald Trump this fall.

Instead, by early Wednesday morning Biden’s delegate lead had grown to at least 160, and he had demonstrated the ability to defeat Sanders in every region of the country.

Speaking Tuesday evening in Philadelphia, Biden sounded as if he had already won the Democratic nomination, praising Sanders the way one would a vanquished foe.

“I want to thank Bernie Sanders and his supporters for their tireless energy and passion,” Biden said during a speech at the National Constitution Center. “We share a common goal, and together we’ll defeat Donald Trump.”

Biden and Sanders had both planned to hold rallies in Cleveland on Tuesday evening, but they canceled their respective events after Ohio public health officials raised concerns about the spread of coronavirus.

Sanders flew home to Burlington and watched the results come in from his home in the New North End. National reporters covering his campaign lingered in the lobby of Hotel Vermont throughout the evening, waiting for him to deliver public remarks. But by 10:15 p.m., his staff said that, for the first time this year, he would not address supporters or the press on an election night.

What comes next for Sanders isn’t clear. He is scheduled to travel to New York City on Wednesday to appear on NBC’s "Tonight Show Starring Jimmy Fallon," but his schedule is otherwise wide open. His staff signaled that he would take part in Sunday’s debate in Arizona before next week’s primaries. But with a delegate comeback becoming less and less probable, Sanders is likely to face calls to exit the race.

The latest round of voting came a week after Sanders performed poorly on Super Tuesday, when one-third of Democratic delegates were up for grabs. Biden won 10 of 14 states that day, including several that seemed Sanders-friendly: Maine, Massachusetts, Minnesota and Texas. The Vermont senator’s margin of victory in California, where he’d hoped to run up the score, appeared to be just 7 percent.

Heading into this week’s contests, Biden had already claimed at least 670 delegates, compared to 574 for Sanders, with dozens more yet to be assigned due to ongoing counts in California, Colorado and Utah, according to the New York Times.

Biden’s rapid resurgence yielded several more endorsements from former foes. In the past week, Bloomberg, Sen. Kamala Harris (D-Calif.) and Sen. Cory Booker (D-N.J.) all lined up behind him. Meanwhile, Warren, a progressive ally of Sanders’, remained on the sidelines. Sanders did pick up one key endorsement on Sunday from civil rights leader Jesse Jackson Sr., whose 1988 presidential campaign Sanders supported.

Since Biden turned around his campaign late last month with a blowout victory in South Carolina, Sanders has stepped up his criticism of the former vice president’s record. At a press conference last Wednesday in Burlington, he said that Biden was “going to have to explain” his support for the Iraq War, unpopular trade deals, entitlement reform and the 2008 Wall Street bailout. “Joe and I have a very different vision for the future of this country — and Joe and I are running very different campaigns,” Sanders said.

The senator from Vermont has long prided himself on his refusal to air negative television advertisements. That changed last week when he debuted an ad highlighting a 1995 speech in which Biden calls for a spending freeze on Social Security, Medicare and Medicaid. After distancing himself from the Democratic “establishment,” Sanders also released a new ad featuring former president Barack Obama praising him at the 2016 Democratic National Convention.

In this week’s contests, 352 delegates — or 9 percent of the total — were on the line. Next week, even more are. The March 17 primaries feature Florida, Illinois, Ohio and Arizona, which collectively dole out 577 delegates.
Prev
Next