Sanders and Buttigieg Lead the Pack in Iowa, Partial Results Show | Off Message 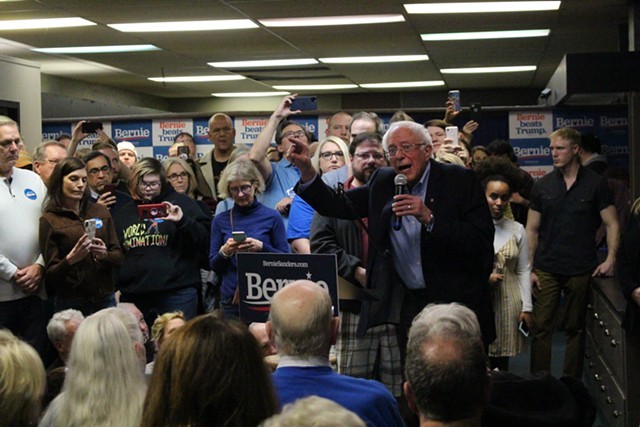 Sen. Bernie Sanders (I-Vt.) and Pete Buttigieg are in a close race for the lead in the Iowa caucuses, according to partial results released Tuesday evening by the Iowa Democratic Party.

Candidate delegates are calculated from a multistep caucusing process in which voters may change their preference after an initial round of voting.

For the first time this year, the Iowa Democratic Party is releasing vote totals from each round of alignment. Both the initial and final round vote counts show Sanders with a lead in the popular vote.

The remaining candidates garnered a combined 1.5 percent of state delegates.

The caucuses were held Monday, but problems in the state party's vote-counting effort, some of which were related to an app used by precinct captains, delayed even the partial results for nearly 24 hours.

In New Hampshire on Tuesday, campaigning ahead of that state's primary next week, Sanders reacted to the partial caucus results.

“I’m proud to tell you that last night in Iowa, we received more votes on the first and second round than any other candidate,” he said during a rally in Milford.

“For some reason in Iowa, they're having a little bit of trouble counting votes," he added. "But I am confident that here in New Hampshire, I know you’ll be able to count your votes on election night. And when you count those votes, I look forward to winning here in New Hampshire.”
Prev
Next