Bloomberg in Burlington: 'I'm the Only Candidate That Can Beat Trump' | Off Message

Bloomberg in Burlington: 'I'm the Only Candidate That Can Beat Trump' 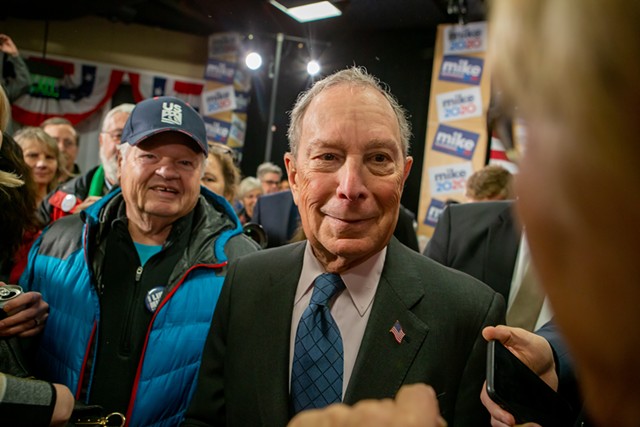 During a visit Monday to Sen. Bernie Sanders' (I-Vt.) hometown, former New York City mayor Michael Bloomberg made clear that, unlike Sanders, he would not be leading a “political revolution.” But if he won the Democratic presidential nomination, he promised, he would evict President Donald Trump from the White House.

"I think I'm the only candidate that can beat Trump," Bloomberg told reporters at a campaign event in Burlington. "Because I think the country wants evolution, rather than revolution."

Since entering the race last November, the billionaire businessman and philanthropist has largely bypassed the early voting states of Iowa, New Hampshire, Nevada and South Carolina. Instead, he’s focused his firepower — and considerable fortune — on the 14 states that vote on March 3, including Vermont.

“I realize that candidates for president spend a lot more of their time in New Hampshire than they do here,” Bloomberg told a lunchtime crowd at the ECHO Leahy Center for Lake Champlain. “But our campaign is different. We’re trying to take our message to states all over the country.”

That message — delivered in a low-key, 15-minute stump speech — was that Bloomberg, a former Republican, has what it takes to heal the nation’s divisions.

“We need to do more than just win in November. We need to unite this country and to bring people together and to start getting big things done,” he said. “My whole career I’ve been a doer and a problem-solver. I believe we need less talk. We need less partisanship. We need less division. And, in fact, we need less tweeting.” 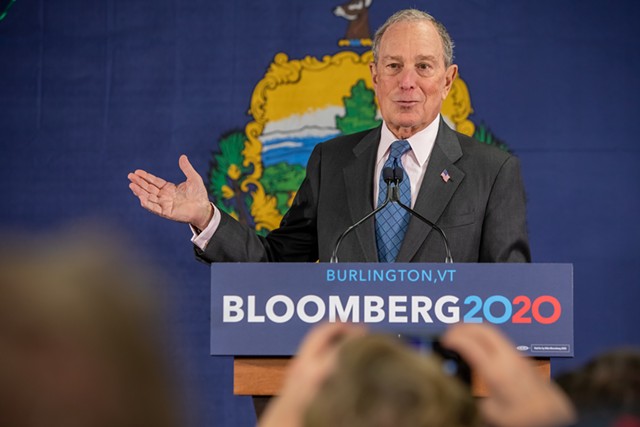 Though he shares a hometown and tax bracket with the president, Bloomberg took great pains Monday to describe himself as “the un-Trump.”

“He breaks promises and I keep ’em. He’s a climate denier and I was trained as an engineer and I actually believe in science. Imagine that,” Bloomberg said. “He looks out for people who inherited their wealth. And I’m a self-made guy and very proud of it. And I’m here to do whatever it takes to beat him.”

Speaking to reporters after the event, Bloomberg also distinguished himself from Sanders. Asked why Vermonters should vote for him over their own senator, he cited the management experience he accrued during his 12 years as mayor and his decades in the business world.

"That's what this country needs," Bloomberg said. "It doesn't need a one-idea person. It's a job where you have to have a manager — and management is something that you develop over a long period of time."

The Sanders campaign did not respond to a request for comment. 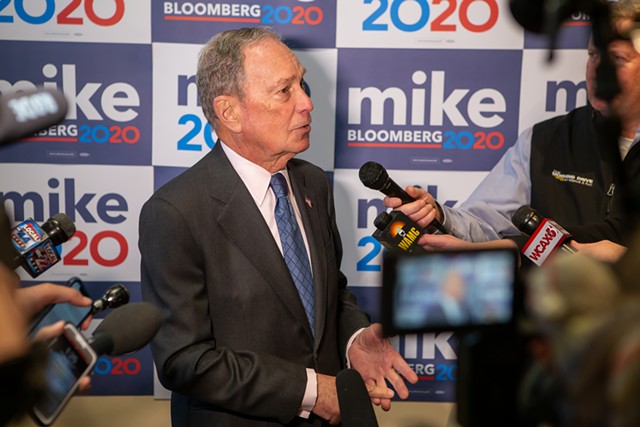 As Bloomberg prepared to enter the race last fall, Sanders criticized him for pledging to spend hundreds of millions of dollars on his candidacy. "So tonight we say to Michael Bloomberg and other billionaires: Sorry, you ain’t going to buy this election," Sanders said at the time.

On Monday, Bloomberg defended the personal investment he's made in his candidacy. "What I'm trying to do is replace Donald Trump and to reunite this country — and it costs money to get things out," he said.

Asked by Seven Days why he doesn't rely on small contributions from individual donors, Bloomberg suggested that even those can corrupt a candidate.

"I don't take any money from anybody. I didn't for three elections in New York. I'm not going to do it for this," he said. "And you can say, 'It's only a dollar, a dollar, a dollar.' But it just sets an image and an attitude. I'm uncorruptible. That's the way I governed for 12 years — and that's what I'm gonna do for the next eight."

All three later said that they had yet to endorse a candidate for president. “This election I’m a one-issue voter: anyone who beats Donald Trump,” Young said. 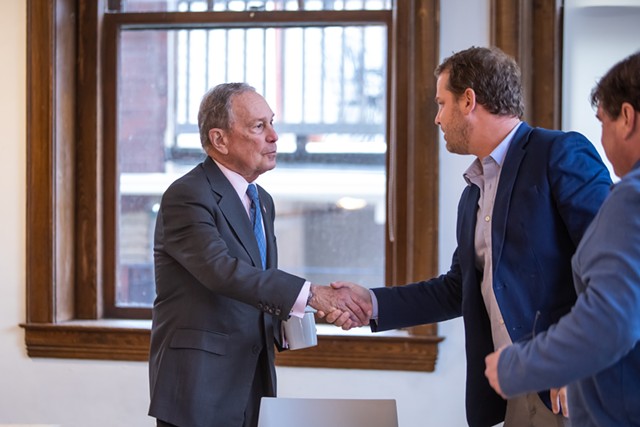 Shannon gave a similar response. “Here’s my position,” she said, holding up a campaign-style button with the words, “Any Functioning Adult 2020.”

Shannon said that during her conversation with Bloomberg, she challenged him for opposing Medicare-for-all and for previously supporting “stop-and-frisk” policing techniques that many view as discriminatory.

“I thought he answered that well, but I don’t know that that is going to be enough to overcome that issue,” she said.

But, Shannon added, “I appreciate him coming and listening to what people in Burlington, Vermont, think.”
Prev
Next