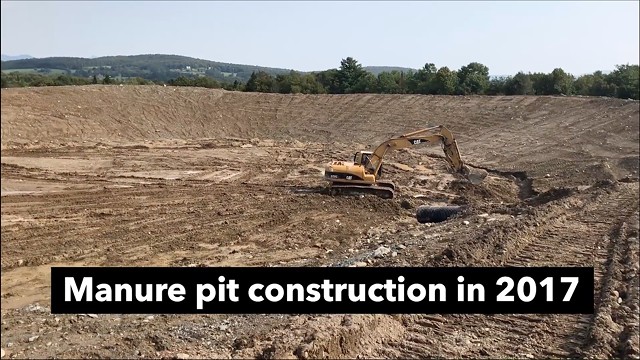 Vermont is suing the largest dairy in the state for dramatically expanding its operations without proper permits in 2017.

The dairy, owned by Mark and Amanda St. Pierre, has more than 5,000 cows at several properties in Franklin County. The farms are located in the Missisquoi River Basin, which drains into Missisquoi Bay, one of the most polluted sections of Lake Champlain.

"We have a long and proud tradition of farming, agriculture and environmental stewardship in Vermont," Donovan said in a statement. "We need to continue to support our farmers while also protecting water quality and the environment by applying these rules across the board."

The state alleges the St. Pierres expanded a dairy barn from 13,000 square feet to 104,000 square feet and built a 10-million-gallon manure pit — enough for 1,500 cows — all without permits from the state.

The state also alleges a 2018 inspection found the dairy did not have a required nutrient management plan, which helps ensure agricultural pollution does not foul waterways.

The lawsuit asks a Franklin County Superior Court to require the farm to obtain a special permit for dairies with more than 700 cows, known as a "large farming operation." Larger dairies are subject to more strict environmental regulations. The suit also asked the farm to be fined for past and ongoing violations. The suit states violators can face fines of $42,500 per day.

Neither Mark nor Amanda St. Pierre immediately returned a call for comment Thursday.

The decision was cheered by Michael Colby, president of Regeneration Vermont, which advocates for more sustainable agriculture practices. In 2017, he documented the work underway at Lumbra Farm and brought it to state officials, who said they had been unaware of the projects.

“This is a huge, huge victory for citizen activists,” Colby said. “It’s fabulous to see the state stepping up and taking action.”

Read the full complaint below: