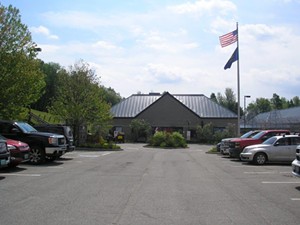 The Vermont Department of Corrections placed the leaders of a state prison in Newport on administrative leave Friday, according to Commissioner Mike Touchette.

“I cannot comment on specifics, but a credible report was made that warrants further assessment,” Touchette told Seven Days in a written statement. He did not immediately return a call seeking additional comment.

The moves come during a time of turmoil for the Department of Corrections. Last week, Seven Days published an investigation of another state prison, the Chittenden Regional Correctional Facility, revealing a pattern of misconduct and retaliation. In response, Human Services Secretary Mike Smith removed the South Burlington women's prison from the department's
chain of command and assumed operational control of it.

Guarded Secrets: Claims of Sexual Misconduct, Drug Use Plague a Vermont Prison for Women
By Paul Heintz
Prisons
Touchette remains in charge of the state's five prisons for men, including Northern State.

This story will be updated.
Prev
Next