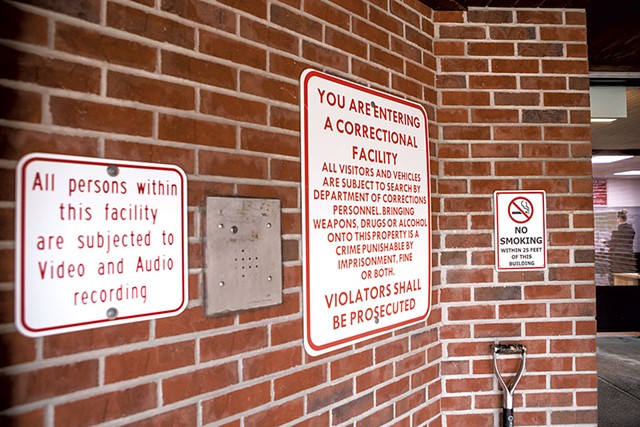 "I want a more active role through the secretary's office of monitoring what's going on there," he told Seven Days.

Chittenden Regional is currently overseen by the Department of Corrections, which is part of the sprawling Agency of Human Services. Smith's plan is to temporarily remove the women's prison from the DOC chain of command and run it from his agency's central office.

"I'm just trying to get the mechanism in place to do it," he said.

Smith said that the prison's superintendent, Theresa Stone, remains on the job, as does Corrections Commissioner Mike Touchette.

On Wednesday, Seven Days reported allegations of sexual misconduct, drug use and retaliation at Chittenden Regional. Following the story’s publication, Gov. Phil Scott called on Smith to “thoroughly investigate” the matter and lead the administration’s response to it. At a press conference on Thursday, the governor said that Smith, who was appointed secretary in October, was "the right person to take a look and gather facts," given his "background in turnaround operations."

Guarded Secrets: Claims of Sexual Misconduct, Drug Use Plague a Vermont Prison for Women
By Paul Heintz
Prisons
Smith previewed the operational change he plans to make in an all-staff memo Friday, telling agency employees that his office “will be taking a more active role in monitoring the day to day operations” at the prison.

The secretary also said that he would be meeting later Friday with Attorney General T.J. Donovan and Public Safety Commissioner Michael Schirling to discuss the state’s investigation of the alleged wrongdoing. He said he has contacted the U.S. Attorney’s Office to determine whether federal officials "want to play an ongoing and future role in this investigation.”

Among the goals of Friday’s meeting, Smith said, was to ensure that any probe he conducts does not interfere with an ongoing Vermont State Police investigation.
Prev
Next