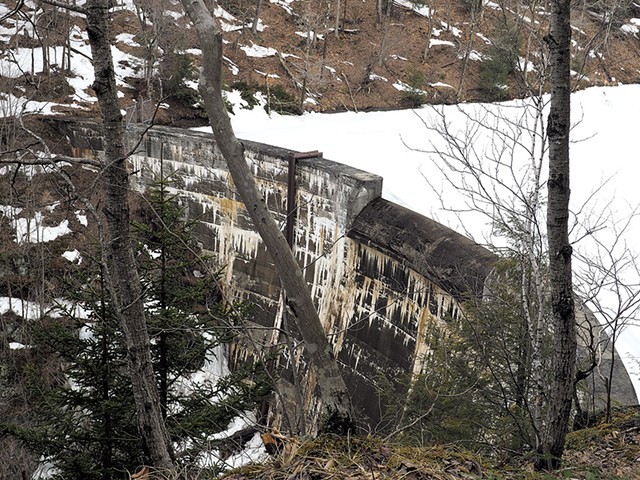 A Vermont Supreme Court decision upholding tighter water-quality regulations for a power company’s hydroelectric facilities could have wide implications on hydro projects around the state and nation, environmental advocates said.

The court on Friday upheld a decision by the state Agency of Natural Resources to require Morrisville Water & Light to operate three dams on the Lamoille and Green rivers in a way that made more water available for trout and other species.

The five justices rejected a lower environmental court’s attempt to balance the needs for better fish habitat with the power company’s desire to keep the long-standing dams economically viable.

“This is a really clear and strong decision that I think will be cited across the country,” Jon Groveman, policy and water director for the Vermont Natural Resources Council, said in an interview Monday.

Writing for the unanimous court, Associate Justice Karen Carroll made it clear that Vermont’s clean-water standards can support existing uses like hydro, but those uses “cannot be maintained in a matter that degrades water quality.”

“Regardless of whether hydroelectric generation is an existing use, the water quality necessary to maintain this designated use had to be protected,” Carroll wrote.

The three hydroelectric dams operated by Morrisville Water & Light were built between the 1890s and the 1940s. Cadys Falls and Morrisville dams are located on the Lamoille River, while the dam on the Green River, a tributary of the Lamoille, is located in Hyde Park and created the 653-acre Green River Reservoir.

The state Agency of Natural Resources imposed a variety of restrictions on the operations of the dams as part of the federal relicensing process. State regulations require that waterways in the state are managed “to protect, maintain and improve water quality,” which includes wildlife habitat.

The agency imposed restrictions on the amount of water that could be diverted from the rivers in an effort to ensure that 80 percent of the “maximum habitat” was available for fish. At the Morrisville dam, for example, the agency required a flow of 70 cubic feet per second be maintained to protect brown trout.

Restrictions were also put in place to ensure too much water wasn't released in the rivers, which can scour most of the life out of a stretch of waterway, said Julie Moore, secretary of the Agency of Natural Resources.

The decision is an important one because it affirmed that courts should defer to the expertise of the agency in making such complex determinations, she said. It also comes at a time when a significant number of dams in Vermont — 23 by her count— are coming up for relicensing in the next five years.

Most federal hydroelectric dams are licensed for up to 50 years, and many are operating under guidelines put in place before the federal Clean Water Act was passed in 1972, Moore said.

“These hydro-licensing processes are so long, there is a world of change that often has occurred since some of these folks last came through the licensing process,” Moore said. “That ’s really what’s being reflected here.”