Jake Burton Carpenter, Father of Snowboarding, Dies at 65 | Off Message

Jake Burton Carpenter, the man who pioneered the sport of snowboarding and whose name graces its leading board and apparel company, died at the University of Vermont Medical Center in Burlington on Wednesday. He was 65.

The cause was complications from recurring cancer, said Taren Dolbashian, a spokesperson at the company Carpenter founded, Burton Snowboards. He'd initially been diagnosed with testicular cancer in 2011. Carpenter sent an email to employees earlier this month announcing that the cancer "has come back."

"The odds are in my favor, but it is going to be a struggle for sure," he wrote. "As much as I dread what is facing me, it’s easier to deal with when you know that you have a family that will carry on."

"He was the most incredible human," Dolbashian said, speaking through tears. "This is absolutely devastating. He inspired all of us." 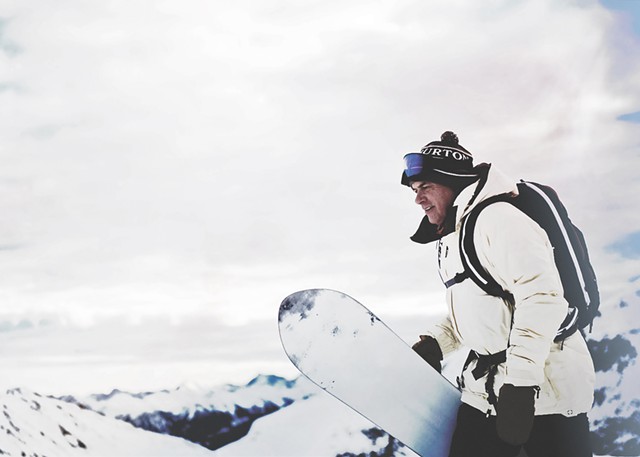 "He was our founder, the soul of snowboarding, the one who gave us the sport we all love so much," wrote Lacy, who shares the CEO role with Carpenter's wife, Donna Carpenter. "Ride on Jake."

Jake Burton Carpenter founded the company in Vermont in 1977. He eventually opened its world headquarters in Burlington, where it remains today.

"Hanging in my office is one of the early, wooden 'Burton Boards' that are now so iconic to the sport," Sen. Patrick Leahy (D-Vt.) said in a statement. "Marcelle and I will keep it there as a reminder of Jake’s generosity to his employees and his community, which was exemplified by the annual, open celebration he and Donna threw at their own home. It will stand as a reminder of his fierce dedication to address the emerging crisis of climate change and not only what it meant to the future of sport he held so dear, but to his children’s futures."

Once a sport that struggled to gain mainstream acceptance, snowboarding became an Olympic event at the 1998 games in Nagano, Japan. At last year's Olympics in PyeongChang, South Korea, men and women competed in five different snowboarding events, including  the half-pipe, now one of the most popular Winter Olympic events. The American team wore duds created by Burton.

Related Burton Creates Out of This World Outerwear for U.S. Snowboarding Team

Burton Creates Out of This World Outerwear for U.S. Snowboarding Team
By Sasha Goldstein
True 802
"It takes millions of years to move mountains, but Jake Burton Carpenter was able to do it in a single lifetime," Vermont Gov. Phil Scott said in a statement. "From snowboarders being chased from the slopes to Olympic gold medals being placed around their necks, Jake led the way and changed winter as we know it. We are forever grateful for his contributions to Vermont and snow sports around the world."

The company has yet to announce plans for a memorial service. At the time of his death, Carpenter was surrounded by family members, according to Dolbashian. He's survived by wife Donna and three sons.

"As a start of our celebration of Jake’s life, I’d encourage everyone to do what Jake would be doing tomorrow, and that’s riding," Lacy, the company's co-CEO, wrote in his message to staff. "It’s opening day at Stowe, so consider taking some turns together, in celebration of Jake."
Prev
Next