Dozens of Employees of GlobalFoundries Subsidiary Laid Off in Essex Junction 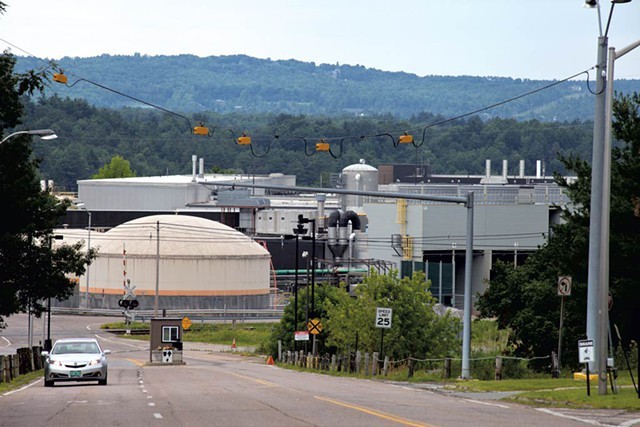 Dozens of Vermont employees who worked at a subsidiary of GlobalFoundries lost their jobs Tuesday following the completion of the $600 million sale of the unit to a Silicon Valley-based chipmaker, according to one of the workers who was let go.

The cuts came to light after Santa Clara, Calif.-based Marvell announced that it had completed its purchase of Avera Semiconductor, which GlobalFoundries spun off in October 2018 as an 800-employee-strong, wholly owned subsidiary with workers in Vermont, New York and overseas.

The division focused on the design and development of cutting-edge chips known as ASIC — application-specific integrated circuit semiconductors.

Laurie Kelly, vice president of communications for GlobalFoundries, said the 800 Avera employees were “transferred” to Marvell as part of the sale. GlobalFoundries still has about 2,300 employees at its Essex Junction campus.

She understood the “majority” of the transferred employees would be continuing their employment with Marvell, but she said it was up to Marvell to discuss layoffs. Marvell, which specializes in chips for wireless applications, made no mention of cuts in its initial press release Tuesday about the sale.

In response to repeated questions, Marvell issued a statement Wednesday night that read, in part, "a number of functions between the Marvell and Avera teams were identified as redundant and have resulted in the elimination of a small percentage of positions worldwide." The company did not say how many jobs were cut in Vermont.

Seven Days contacted former and current employees and industry insiders and learned that the number of layoffs was substantial, though an exact figure was not available. Public officials have been struggling to find out how many people Marvell laid off.

Workers within the company didn't know either, according to the laid-off worker who spoke to Seven Days. Based on the number of workers he personally knew or who attended a benefits meeting for those affected, the worker estimated the total number of Essex Junction layoffs at 30 to 60.

The former employee said he got an email Monday evening informing him about a meeting on Tuesday afternoon.

“When I talked to my manager that morning, I didn’t have a good feeling about it,” the employee said. “His body language told me everything I needed to know.”

Companies are required to give the state a 45-day heads-up if they plan to lay off more than 50 people, but Marvell has not done so, both said.

Local leaders in Essex Junction were also trying to figure out how big an impact the sale might have on the town, but weren’t having any luck getting information.

“One job loss is one too many, let alone whatever this number will be,” said Andrew Brown, president of the Village of Essex Junction. “We hope all is well with the individuals and their families who have lost their jobs.”

Those with other companies in the tight-knit semiconductor space noticed social media light up with people looking for work.

Wolfgang Hokenmaier, cofounder of Green Mountain Semiconductor in Burlington, said several people he knew lost their jobs. Hokenmaier took out a help wanted ad for his growing firm, he said.

“We are in the fortunate position where we are actually hoping to pick up a couple of those folks who have left,” Hokenmaier said.

The employee who spoke to Seven Days on condition of anonymity said the sting of being let go was lessened by a generous severance package that was “beyond anything I’ve seen in the industry.” Even so, it contained a no-compete clause aimed to prevent employees from being rehired by GlobalFoundries.

Those let go were to be paid through the end of the year. Workers are getting up to 26 weeks of pay as severance, one week per year of service. And the company is extending its benefits for six months, he said.

“It was a huge relief,” he said. “I gotta give credit to Marvell. They handled it very well.”