Dealer.com Lays Off Several Employees at Burlington Campus | Off Message 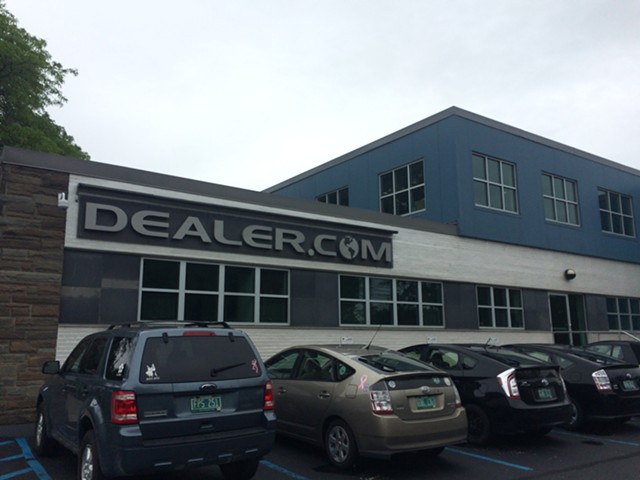 Burlington tech company Dealer.com has cut several positions from its workforce over two rounds of layoffs this month, a company spokesperson said Wednesday.

Owned by Atlanta-based Cox Automotive, the company declined to give a specific number of jobs eliminated, describing the cuts as fewer than 15. About 1,100 employees work at the Pine Street campus, the spokesperson said.

In an emailed statement, Dealer.com vice president and general manager Wayne Pastore said the company is "100 percent committed" to Burlington.

"We are continuing to evolve our businesses at Dealer.com and Cox Automotive as the automotive industry continues to shift and change," Pastore said. "While we are making small reductions in some areas of our business, we are hiring aggressively in many others at Dealer.com and Cox Automotive to deliver on the most relevant products and services for our clients and the industry."

Earlier this month, Cox offered an ultimatum to "regional inside sales" employees in Burlington: Relocate to the company's Mission, Kansas, office, or apply for a different position in the Burlington office. None took the offer to move, according to Talati, who wasn't certain how many people found other positions internally.

Cox announced the second round of cuts Tuesday and Wednesday of this week, Talati said. Those layoffs affected a variety of positions, he said, but did not elaborate.

Talati said despite the cuts, Dealer.com continues to hire: "We will end up seeing a net positive when it comes to jobs in Burlington," he said.

Layoffs aren't new to Dealer.com workers. In 2017, the company cut 45 workers as part of Cox's planned purge of 950 employees worldwide.

And earlier this year, Cox eliminated all "digital strategists" positions company-wide — affecting as may as 56 Vermonters — in favor of a "performance management model of client services," a Cox spokesperson told Seven Days at the time.
Prev
Next