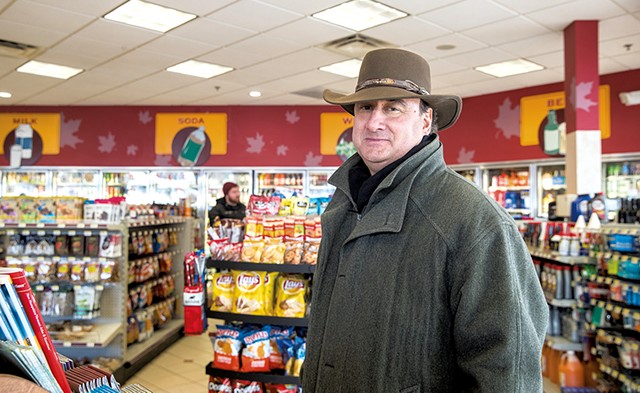 Four years after they were accused of cheating customers out of $100 million, a group of Vermont gasoline distributors has agreed to settle a class-action lawsuit for a fraction of that amount.

The proposed settlement, filed Thursday in Vermont Superior Court, calls for the companies to pay $1.5 million to gasoline consumers in northwestern Vermont. Up to $500,000 of that could go to the lawyers who brought the suit and more could be subtracted for the cost of distributing the money.

The agreement, which must be approved by a judge, includes no admission of wrongdoing, though it requires the companies to abide by written antitrust policies and requires employees who set the price of petroleum products to undergo antitrust training. The defendants are R.L. Vallee, Inc., which owns the Maplefields gas station chain; S.B. Collins, Inc., which owns the Jolley chain; Champlain Farms/Wesco; and Champlain Oil Company, which operates Jiffy Mart-branded stores and was acquired last year by Massachusetts-based Global Partners.

Those who owned a car, bought gas from one of the four companies and lived in Chittenden, Franklin or Grand Isle counties between April 2012 and June 2015 are eligible to claim a portion of the funds. A settlement administrator was charged with contacting potential recipients, who can claim a standard amount or provide receipts or credit card statements showing how much gas they bought during the three-year period.

The suit, filed in June 2015 by Fairfax resident Jacob Kent and five other Vermonters, alleged that the companies had conspired to "fix the price of wholesale and retail gasoline in northwestern Vermont" at artificially high levels. At the time, they controlled more than 64 percent of gas stations in Chittenden, Franklin and Grand Isle counties and sometimes earned profits twice the national average, the plaintiffs alleged.

Lawsuit Alleges Price-Fixing by Vermont Gasoline Companies
By Alicia Freese
Off Message
The companies denied the charges and argued that prices in the region were, in fact, competitive. According to the settlement agreement, they “maintain that they have acted completely independently of each other, are competitors in the sale of gasoline, have not conspired in any way, have set gas prices fairly based on existing market forces, and did not violate any laws.”

In a written statement Thursday, R.L. Vallee CEO Rodolphe "Skip" Vallee said he and his codefendants had been "wrongly sued" and called the allegations "misguided" and "outrageous."

“As we have said all along, we steadfastly, adamantly and completely deny the allegations in the complaint," Vallee said in the statement. "After four years of litigation, involving the production of hundreds of thousands of pages of documents, hundreds of thousands of emails, and access to hundreds of witnesses of our company and others, there is not a single company email, document or witness documenting or testifying to price-fixing. There is no proof because it simply did not happen."

Vallee, a major Republican donor and former U.S. ambassador to Slovakia, repeated his unproven assertion that U.S. Sen. Bernie Sanders (I-Vt.) had ginned up the class-action suit for political purposes and unsuccessfully pushed then-attorney general Bill Sorrell to investigate R.L. Vallee. "If anything, [documents produced in discovery] testify to the political origins of this case, with a U.S. senator urging the Vermont attorney general to bring a case to make a political point," Vallee said in the statement.

The settlement likely brings to an end a related fight in federal court between Vallee's company and Sanders. R.L. Vallee had sought to compel a Sanders aide to turn over an array of documents related to the class-action suit and the senator's political affairs. After a federal judge ruled against the company in June, R.L. Vallee vowed to appeal to the U.S. Court of Appeals for the Second Circuit, but the settlement of the underlying state lawsuit likely makes that impossible.

Judge Sides With Sanders Aide in Gas Price-Fixing Suit
By Paul Heintz
Off Message
Vermont politicians have for years inveighed against the high price of gas in the region. Sanders held a field hearing of the Senate Energy and Natural Resources Committee in Burlington in August 2012, and state lawmakers followed suit in January 2013 and January 2015. That summer, the national class-action law firm Bailey & Glasser and Burlington attorney Joshua Simonds filed suit against the Vermont companies.

The plaintiffs' attorneys did not immediately respond to a request for comment.
Prev
Next