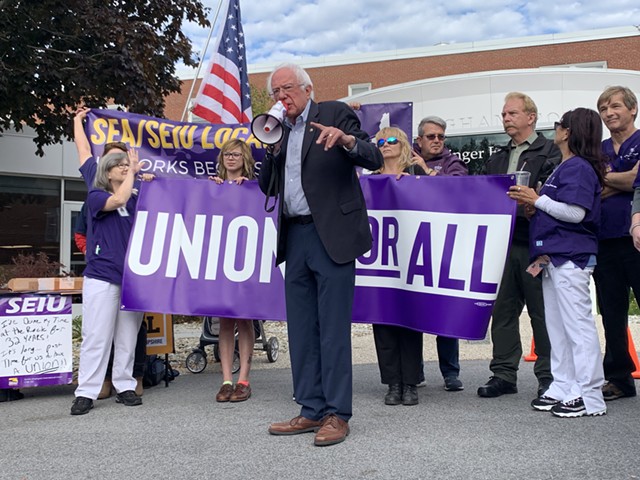 "Sen. Sanders is conversing and in good spirits," Weaver said in a written statement. "He will be resting up over the next few days."

Sanders, who was set to appear at a gun control forum in Las Vegas, will stay off the campaign trail "until further notice," Weaver said in the statement.

At 78, Sanders is the oldest candidate in the Democratic field, though his leading rivals for the nomination are also septuagenarians: Former vice president Joe Biden is 76, while Sen. Elizabeth Warren (D-Mass.) is 70.

The senator from Vermont has kept up a vigorous schedule since launching his second presidential bid in February. He completed a two-day tour of New Hampshire on Monday and was expected to campaign in California later this week.

Last month, Sanders canceled three events in South Carolina after failing to shake a hoarse voice. In March, his campaign disclosed that he had received seven stitches after cutting his head on a shower door.

Sanders announced Tuesday that he had raised $25.3 million last quarter and released his first television advertisement, which was slated to start running in Iowa on Thursday. But according to several news outlets, the campaign has since postponed the $1.3 million ad buy.
Prev
Next