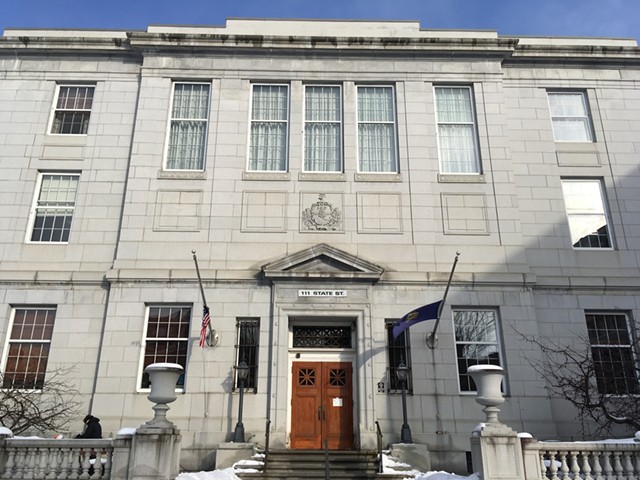 The Vermont Supreme Court will hear oral arguments on October 22 in a case about the Burlington Telecom sale.

The Burlington City Council approved the BT sale to Indiana-based Schurz Communications in 2017 for $30.8 million. The Vermont Public Utility Commission approved the deal in February.

Schurz Communications Seals Burlington Telecom Deal
By Katie Jickling
Off Message
The telecom, operating locally as Champlain Broadband, has already filed a motion to dismiss the appeal. The court has not yet ruled on the motion, according to Burlington city attorney Eileen Blackwood.

The motion to dismiss argues the intervenors' case is moot because the BT sale has already closed, and "courts can only decide something that is an active and live controversy," Blackwood said.

In March, the intervenors filed a motion asking the utility commission to reconsider its approval of the sale. They argued that state law and the Burlington city charter protect taxpayers from being saddled with debt resulting from telecom sales.

Opponents to Appeal Burlington Telecom Sale Decision
By Katie Jickling
Off Message
The PUC ruled in April that the charter was immaterial and that telecom deals must only "promote the general good of the state.” In a press release Tuesday, intervenor Overby said the sale ignores the "public good, the public will and the law."

Blackwood said intervenors could have also asked the PUC for a stay, which may have halted the transaction.

"They didn't, so the sale went through," she said. "Now the case itself is moot. There’s nothing more to decide. It’s really final."

“Despite the great lengths the mayor and Schurz have gone to in order to give the impression that the deal is done, it is not,” Corren said in the press release. “The Supreme Court will decide."
Prev
Next