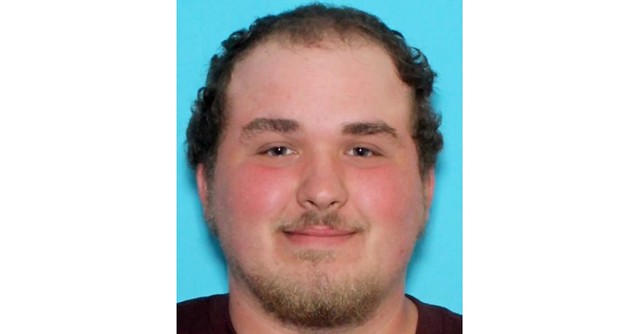 A fourth man has been charged in connection with the alleged harassment of Addison County farmworkers. Unlike the first three men, Chase Atkins, 24, of Addison, faces a hate-crime offense.

Vermont State Police said Thursday that Atkins deflated the tires on the vehicle of a Migrant Justice employee who was visiting a farm and later left a threatening voicemail for the immigrant-advocacy organization.

State prosecutors in Addison County charged Atkins with disturbing the peace by phone, a misdemeanor, with a hate-crime enhancement for the voicemail. Atkins was not charged for the flat tires because they were undamaged and could be reinflated, VSP spokesperson Adam Silverman said, summarizing the state's attorney's reasoning.

In the voicemail, Atkins "asked" Migrant Justice "not to return to farms in a message that would have left a reasonable person to feel threatened and intimidated," state police wrote in a press release.

Further details about the alleged offense won't be available until after Atkins is arraigned in Addison County next month, police said.

Migrant Justice drew attention in late August to what the group described as a series of racially motivated attacks against farmworkers, posting on Facebook photos of a damaged window screen, displaced air conditioner and a flat tire. The group said several people had surrounded farmworkers' homes on multiple nights, yelled insults and fired guns into the air.

Walmart Arrests Show Why Undocumented Farmworkers Are Leery of Food Shopping
By Derek Brouwer
Crime
Migrant Justice also criticized the state police for, in its view, dismissing the vandalism as a "drunken act."

A little over a week later, state police cited three Bridport men for numerous acts of vandalism. They said the crimes began as a dispute among farm families over fishing access.

Who Wants to Work on a Vermont Dairy Farm? A Reporter Spent a Week Finding Out
By Chelsea Edgar
Agriculture
Christopher Thompson, 26, Christian Leggett, 19, and Bryan Ashley-Selleck, 26, were charged with arson, aggravated stalking, petit larceny, noise in the nighttime, unlawful mischief and giving false information to police.

None of those offenses was charged as a hate crime. State police told the Addison Independent that not all of the victims were migrant farmworkers.

Canedo said state police seemed to take the case more seriously once her group publicized it. She hopes the courts will appreciate how the men’s actions have affected farmworkers.

"It's more about the emotional threat," she said, "that you're not worth anything, that anybody can come and harm you."
Prev
Next