Fight to Save One of Winooski's Oldest Homes Goes Another Round 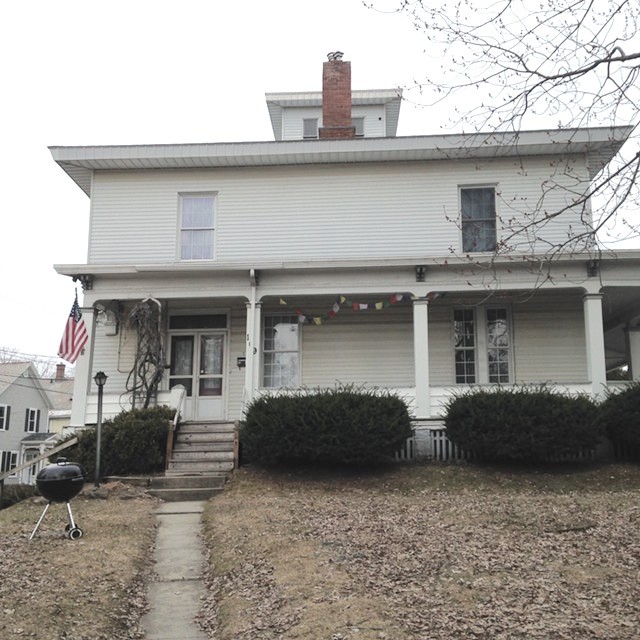 Opponents of a proposal to demolish one of the oldest houses in Winooski to make way for a 75-unit apartment building at Main and Mansion Streets are appealing the project's approval on September 19 before the city Development Review Board.

The hearing is the latest in a string of attempts to stop the tear-down of the early 19th century Mansion House and two adjacent homes. They would be replaced by a four-story apartment building with commercial space on the ground floor.

The Mansion House is listed on the Vermont State Register of Historic Places. The proposal to raze it has sparked intense debate since March about the balance between historic preservation, density of development and need for new housing in Winooski.

It also has triggered broader discussion about form-based code, newer zoning rules that the city adopted to encourage growth along major "gateway" arteries such as Main Street. The changes have triggered construction of apartment buildings and the demolition of homes, including properties that were listed on the state register.

Most gateway projects have won quick approval. But the proposal to demolish the Mansion House has faced numerous challenges since March.

The upcoming hearing will weigh an appeal that was filed by David Carter and Joseph Gamache, both of Mansion Street. They raised numerous concerns before and after the city issued a zoning permit for the project on May 21. Gamache did not respond to a message Monday, and nor did the developer, Jeff Mongeon.

Gamache and Carter objected to the permit partly because it would allow Mongeon to combine a lot at 18 Mansion Street that is not part of the new gateway district with the properties on Main Street that are. The Mansion Street property would be used for parking and access that is vital to the project.

The Development Review Board heard their appeal and on July 9 granted part of it. The board directed city planning and zoning manager Eric Vorwald to reconsider his approval with respect to 18 Mansion Street, and said this portion of the project should be reviewed not under the gateway zoning but under the city's rules for the district called "residential C."

Vorwald reviewed that portion of the project again, and he approved it once more. Carter and Gamache have appealed that finding.

The public hearing on the appeal is set to begin at 6:30 p.m. on September 19 at Winooski City Hall.
Prev
Next