Family Sues DCF Over Case That 'Shocks The Conscience' | Off Message

Family Sues DCF Over Case That 'Shocks The Conscience' 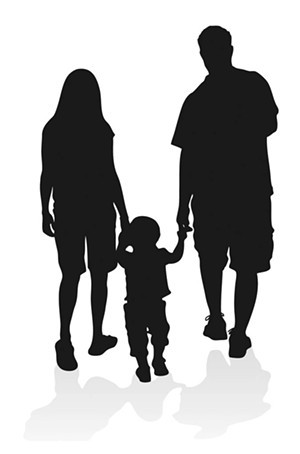 In what may be the first of several, a new federal lawsuit accuses Vermont’s Department for Children and Families of violating parents’ rights and discriminating against them based on their history of opioid use.

Allegations against the state, put forth by an unnamed couple, appear to dovetail a 2018 report by a parent advocacy group that identified what it saw as systemic failures in Vermont’s child protection system.

One of the most egregious claims in the lawsuit filed Monday in U.S. District Court asserts that a DCF case worker compelled one of the plaintiffs, a mother, to begin taking the opioid-weaning drug suboxone, itself an opiate, by convincing her it was necessary to regain custody of her children.

The state’s behavior “shocks the conscience,” attorneys for Shlansky Law Group of Burlington wrote on behalf of the plaintiffs. The family is seeking damages.

According to the complaint, the state got involved after one of the family’s three children told a mental health counselor that she’d seen her mother snort a pill. The counselor reported the child’s comment to DCF, which sent case worker Christine Gadwah to meet with the family at a mental health clinic the same day.

There, the family alleges, Gadwah threatened to call the police to remove the children unless the mother arranged for them to live with a relative. The “extrajudicial removal” lasted 10 months for two of the children and nearly a year for the third.

The mother denied snorting the pill, and said she hadn’t used drugs in nearly two decades, since she was a teenager.

DCF then contacted the mother’s employer and allegedly urged her ex-husbands to seek custody of the children. A month later, the mother was fired from her job as an in-home care provider due to the state’s allegation that she abused her children.

The complaint accuses DCF employees of fabricating evidence against the family and failing to conduct a fair and impartial investigation.

At one point, Gadwah told the mother she would need to participate in a treatment program for drug users, which is when she began taking suboxone and undergoing regular drug tests. The woman is currently weaning herself off the medication. “In effect, she is reducing the ‘treatment’ with an addictive drug that was never needed,” the complaint states.

The couple has also appealed the state’s child abuse finding, which would place their names on a child abuse registry used by certain kinds of employers to screen job candidates. Their lawsuit claims the so-called child abuse “substantiation” process does not afford families due process.

A DCF spokesperson said in a statement Wednesday that the department disagrees with the facts as described in the complaint, and that it “has appropriate procedures in place consistent with federal and Vermont state law that provides due process in the child abuse/neglect substantiation process.”

Many of the objections in the lawsuit are also included in a fall 2018 report by the Vermont Parent Representation Center, a nonprofit advocacy group that works with families entangled with the child protection system.

Among the report’s more than 60-plus findings were claims that DCF conducts poor investigations and uses "weak" processes for determining placement on the child abuse registry.

The complaint references some of the anecdotes used in the report, while alluding to “numerous” other families who have been separated from their kids on “flimsy” grounds. In an interview, attorney David Shlansky downplayed the connection between the lawsuit and the earlier report.

“I've seen it but I don't know that there's a correlation,” he said.

VTPRC executive director Larry Crist said Tuesday that he wasn’t surprised by the claims in the lawsuit, and that he’d tried to bring the problem to the attention of state officials and lawmakers earlier this year.

“We wrote that report with the idea of setting off alarm bells, and unfortunately nobody wanted to hear them,” he said.

Crist said the lawsuit’s discrimination claims could have big ramifications if they hold up in federal court. The Americans with Disabilities Act includes people with substance abuse disorders as a protected class, and the family alleges that the state treated them unfairly because of their perceived drug use.

Officials have attributed a spike in children entering state custody to the opioid crisis, but Crist’s group believes the trend is actually the result of increasing poverty and changes in DCF practices since the high-profile deaths of two toddlers in 2014.

Related Second Toddler Death Casts a Pall Over the DCF

Second Toddler Death Casts a Pall Over the DCF
By Mark Davis
News
“I am sure there are other families who would be eligible for this kind of relief,” Crist said, suggesting that more lawsuits could follow.
Prev
Next