Schirling to Serve as VT Commissioner of Public Safety, Kurrle to Helm Commerce | Off Message

Schirling to Serve as VT Commissioner of Public Safety, Kurrle to Helm Commerce 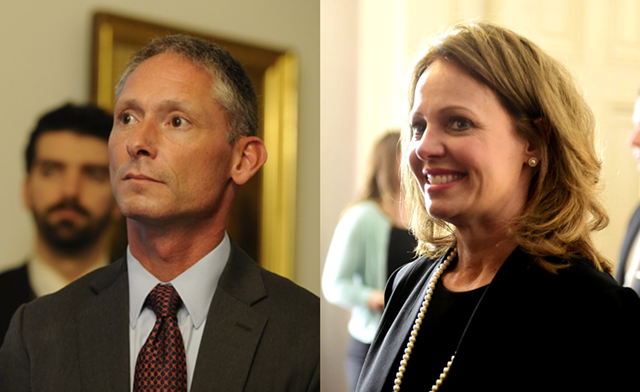 Schirling has served as secretary of the Agency of Commerce and Community Development since January 2017, following a 25-year career with the Burlington Police Department.

Lindsay Kurrle, who has served as labor commissioner since January 2017, will replace Schirling as secretary of the commerce agency. In a prepared statement, Scott praised the two administration officials for their work to support and attract more employers and employees in the state.

“Their leadership in these new roles will be tremendously important to the state’s work to grow the economy, make Vermont more affordable and protect the most vulnerable,” Scott said.

Schirling’s 25-year career with the Burlington PD included seven as chief. The Queen City native and UVM grad retired in 2015, leaving a department with a reputation for being ahead of its peers in terms of technology.

Before joining the administration, Kurrle co-owned a small Montpelier-based fuel business and had previously worked for the state as assistant director of statewide financial reporting.

Both assume their new roles on September 3.
Prev
Next